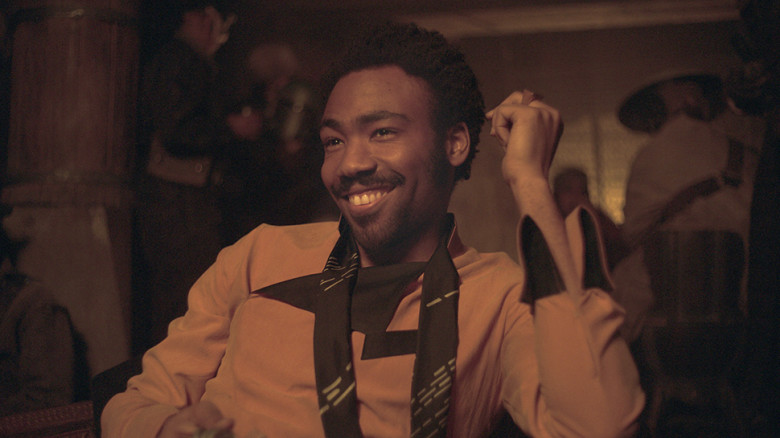 Hollywood has become more open to LGBQT representation in their films and Solo: A Star Wars Story looks to be pushing the boundary just a little bit more.

In an interview with The Huffington Post, Solo co-screenwriter Jonathan Kasdan said he felt that Lando Calrissian was pansexual (attraction to others regardless of gender).

I would say yes. There’s a fluidity to Donald and Billy Dee Williams’ [portrayal of Lando’s] sexuality. I mean, I would have loved to have gotten a more explicitly LGBT character into this movie. I think it’s time, certainly, for that, and I love the fluidity – sort of the spectrum of sexuality that Donald appeals to and that droids are a part of… He doesn’t make any hard and fast rules. I think it’s fun. I don’t know where it will go.

The character of Lando has always been rather flirty and charming to everyone in the Star Wars universe, regardless of sex or species, but it has never been explored much with the character beyond that.

This isn’t the first time in the franchise has toyed with the idea of a LGBQT character. Many have speculated that Laura Dern’s Vice Admiral Amilyn Holdo in The Last Jedi was gay and was even hinted at during the press tour for the film and in a prequel book. However, The Last Jedi film never went anywhere with the idea.

While Star Wars books and comics have introduced LGBQT characters, the films haven’t really touched on the subject. Maybe using a popular character like Lando as an entryway into including gay characters in the franchise is the way to go, but we also have to see how the idea of Lando’s pansexuality is handled in this film first.

Solo: A Star Wars Story opens in theaters on May 25.