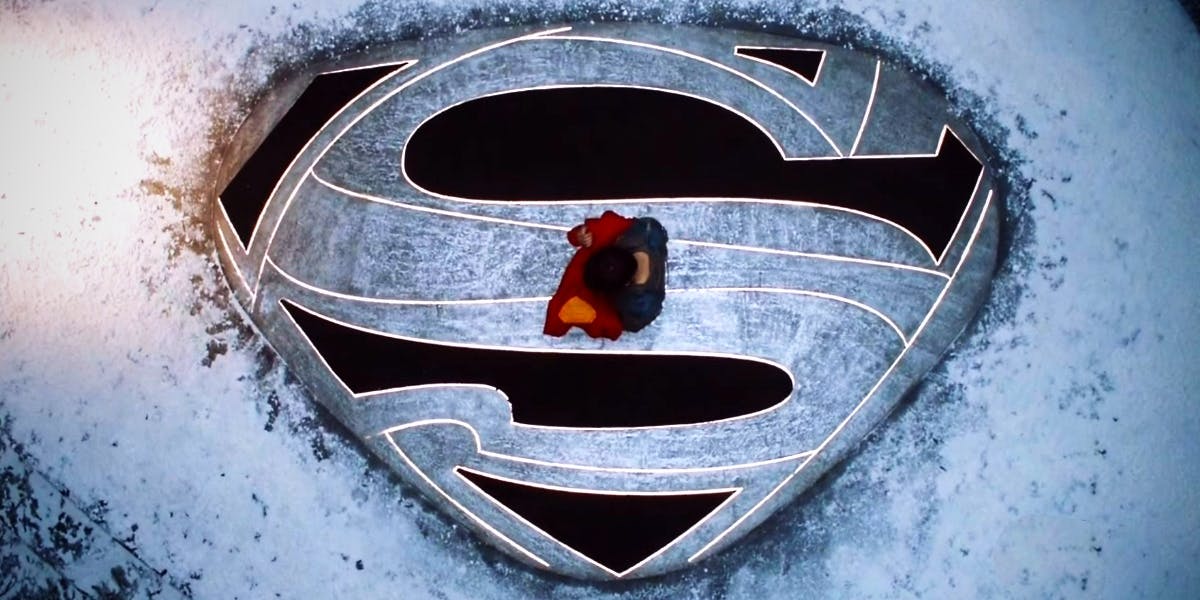 “Seg must decide if he is willing to make the ultimate sacrifice in service of the greater good of Kandor.” (SYFY)

This episode of Krypton may be called “Hope”, but things look pretty bleak. Without government leadership in place and the tug of war for Kandor between Seg-El and his troupes, against the Voice of Rao and Braniac, the city of Kandor is in a state of chaos and disarray! Seg-El is doubtful of victory and questioning himself and his ability to save the universe and his future grandson. This whole segment does a really good job of selling the toll both emotionally and physically, is taking on the combatants and regular citizens. As an audience member watching, you can feel the enormity of the situation. Seg’s gloomy disposition, provides the perfect Jor-El like speech, from A.I, grandpa, Val-El. His speech beautifully echoes Jor-El’s speech from Man of Steel, in that as he relays the history of heroism of the House of El, he reveals that the El sigil is the symbol of hope. I loved this MoS reference. Beyond the fact that it’s my favourite Superman film, it’s nice to have some consistency across media, as to what the S signifies.

We get more info about Jax-Ur on this episode of Krypton. As she interrogates her new prisoner, Daron-Vex, it is revealed that she was once a respected member of the science guild, who actually used science to help and cure people. She fell from grace, when she hid her work on the codex from the council. She thought that if the council got their hands on it, they’d turn Krypton’s means of procreation into natural selection, manipulating the process, so only pure blood lines survived. The idea of the codex and it’s use in Kryptonian society in Man of Steel, is on par, with it’s function on this show. Furthermore, Jax-Ur’s fear on the series, is exactly what Zod wanted to use it for in Man of Steel. I’m loving the continuity nods peppered throughout this episode. After being excommunicated from the science guild, Jax-Ur, discovered that the codex technology was being used to initiate cloning, of the elite members of society. This drove Jax-Ur to a life of terrorism. It is also revealed that she had to change her name. The way she talks to Daron-Vex, you can sense there is history there, a deeper relationship. I’m going to go ahead and call it. I think Jax-Ur will eventually be revealed as Nyssa – Vex’s mother. I have no inside knowledge, just a gut feeling.

Krypton continues to move away from the Seg-El/Lyta-Zod pairing and more toward the Seg-El/Nyssa-Vex pairing. It’s been building for several episodes now. She trusts him and believes he can genuinely save the universe and future Kal-El. What was a marriage of political convenience, now seems to have the spark of love attached to it. Nyssa is even actively recruiting what’s left of the Sagitari to Seg’s cause. Meanwhile, Lyta-Zod has seemingly fully aligned herself with General Zod, who is hell bent on releasing Doomsday, to battle Braniac. This puts General Zod and his Grandma Jayna at odds. The two begin to fight, exchanging blows. Jayna gets the upper hand, nearly choking Zod to death. Lyta, prevents Jayna from killing him with a shot from a blaster, which wounds her. When Lyta and Zod reach the chamber housing Doomsday, he unlocks the chamber, with his own blood. Remember, last time we saw this chamber, it needed both El & Zod blood to open. This new twist, implies, that General Zod, also has El blood in him. General Zod later confirms, to Lyta and Seg, that he is their son, which makes him, at least, Jor-El’s half brother, making him Superman’s uncle. Fans are shocked by this reveal. However it’s not the first time it’s occurred. This plot point has come up in the graphic novel. Superman: Earth One – Volume 3, which I will eventually review for the site. I find the familial connection between Zod and Superman deepens, and makes the conflict between them more intense. So I am in favor of this.

Doomsday was missing from his chamber but had been moved from his chamber, at the behest of Seg-El. However, his cryogenic chamber is cracking and it’s only a matter of time, before he breaks free. He’s not involved in this episode, nor is Adam Strange. So the answer to that WTF moment at the end of last episode, will need to be resolved in the finale. The action on this episode of Krypton, centers around Seg-El and his Sagitari forces launch one final attack on the Voice of Rao, to stop him from drawing Braniac into Kandor. The plan backfires and Braniac uses telekinesis to have the Sagitari turn their guns on each other, and go on a killing spree. Braniac himself then turns to Seg-El, planning to kill. However, Nyssa-Vex intervenes, stabs the Voice of Rao in the back of the head, causing the Voice of Rao to die for good. However, it’s too little too late, as Braniac breaches Kandor’s protective dome and now looks over Kandor as his prize.

Nine episodes in, we finally have fully formed Braniac and the threat of Doomsday, and he’s phenomenal! I think the Krypton finale could be more explosive then the planet itself.

Next post Kevin Smith Weighs In On What DC Project Peter Jackson Should Tackle!