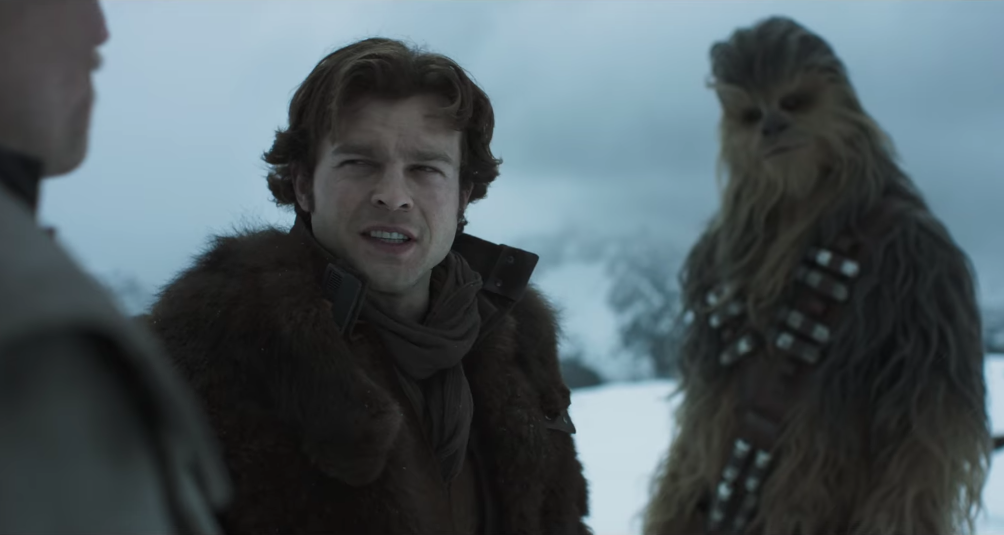 It is a common question. “Why does this movie exist?”. It is also a common criticism (that I have been guilty of using): “There is no reason for this movie to exist”. It comes from a saturation point, and a “quality over quantity” argument.

However, when it comes to Star Wars, I am blind to it. I mean, I am the one who wants a sitcom about the guy who tried to sell Obi-Wan death sticks in Attack of the Clones where every episode he rethinks his life. It would be a mix between Dirty Jobs and My Name is Earl. Call me, Ms. Kennedy.

Inside The Magic was curious about that when it came to Solo: A Star Wars Story though, and they posed the question to father-son writing duo Lawrence and Jonathan Kasdan.

Mike Celestino, Inside the Magic:  I’ve been looking forward to this film for quite a while, but some fans have expressed that they’re not sure why we need a Han Solo origin story. What is your response to that?

He’s right. But you can say that about anything fun. Theme parks, bowling alleys, pizza (okay, that is going too far. I’m sorry. But you get my point.) That was Lawrence Kasdan’s point as well:

I’m mystified by that one question. I feel I can answer almost any other question. But, ‘Why do we need…?’ I feel that you can say that about any movie that was ever made.

You find out more than you knew before. ‘Godfather [Part] II’ was not necessary, but I’m so glad that Francis [Ford Coppola] made it. I wanted to know more about that.

The Godfather Part II is one of the greatest cinematic achievements on planet Earth. It fills in some background presented in Part I, that if you didn’t have, life would be fine, but it is more fun with it.

I’ve always had this story in my head about how Han got the Falcon, and what Han was referring to in The Empire Strikes Back when he said to Chewie about Lando: “Well, that was a long time ago, I’m sure he’s forgotten about that.” Now we get to see what it is. We’ve heard of the Kessel Run. Now we get to visualize it, and that is the point that Jonathan was trying to drive home:

And then there’s the further element of it, which is that we never thought of this as a movie that was going to answer questions. Because we weren’t really asking questions either. We weren’t saying, ‘You’ve got to see the scene where he wins the Falcon.’ We were saying, ‘How can we make a really fun heist/crime movie with a character we absolutely adore, and pepper it with moments that are delightful and fun, and they give you a little kick?’

Art doesn’t need a reason. This might be some kids first ever Star Wars move that they see, and maybe it will inspire them like the original has inspired this generation of filmmakers. Who knows, maybe someone who sees Solo opening weekend will be responsible for the greatest cinematic masterpiece of 2040.

If our Editor-In-Chief Mario Francisco-Robles didn’t mind bleeping The Revengers Podcast, I could have went on there and told him this, because he constantly says there is no reason for it. But I curse too much, so he will just have to read it from the Kasdans.