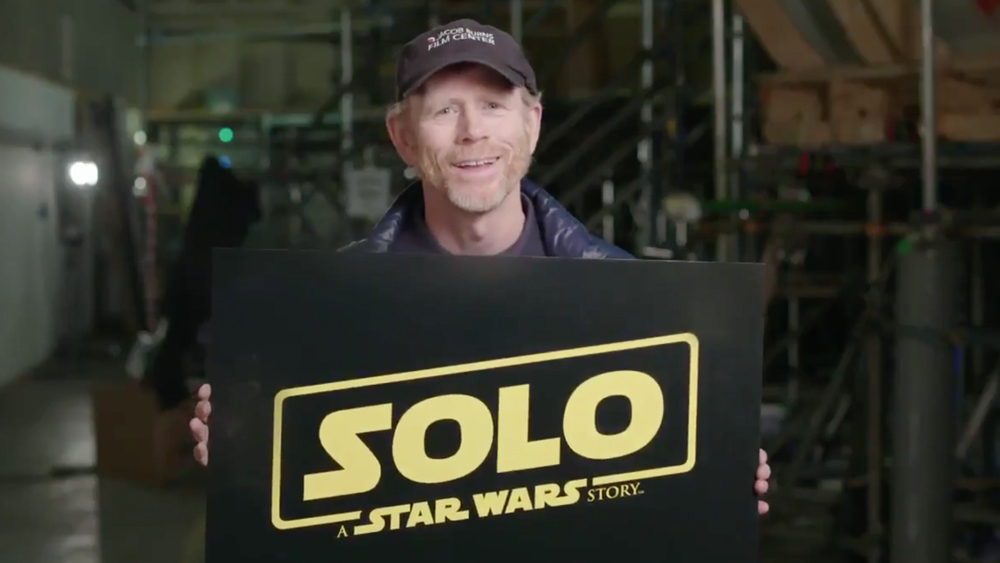 Ron Howard’s destiny always included Star Wars it seems. While a strange set of circumstances landed him the Solo gig, he almost had another one.

Back in the 90’s when George Lucas was prepping the sequels, he was seeking directors. It is common knowledge that Lucas’s good friend Steven Spielberg was approached. But so was Lucas’s other good friend and Willow collaborator Ron Howard.

Howard tells TotalFilm the details of that:

“It was a casual conversation in a car park. It was not like I read a script and weighed it carefully.

“It was a knee-jerk reaction because I immediately felt like George should do it.”

The Phantom Menace doesn’t seem like a Ron Howard type film, but maybe it had the potential to be if he said yes.

Solo, on the other hand, has a fun adventure and whimsical nature to it. While I still maintain Howard was a safe choice, it does seem right in his wheel house.

Howard is still friends with Lucas and even invited him to visit the Solo set, which he did. He even contributed something small to the film. This might just be the beginning of a resurgence of his relationship with Lucasfilm, with both Solo and Willow sequel ideas being thrown around.

The prequels in the hands of a different director could have yielded much different results. Someone like Howard might not have been so reliant on CGI, and could have turned out a much less cartoonish product. But we’ll never know.

The vibe I get from the Solo previews is a fun adventure heist movie. With all of the behind scenes problems the film has had, Howard did more than just “direct a Star Wars movie” this time. The reviews have been pretty good, so it looks like it paid off.

What do you think a Ron Howard directed Episode I would have looked like?