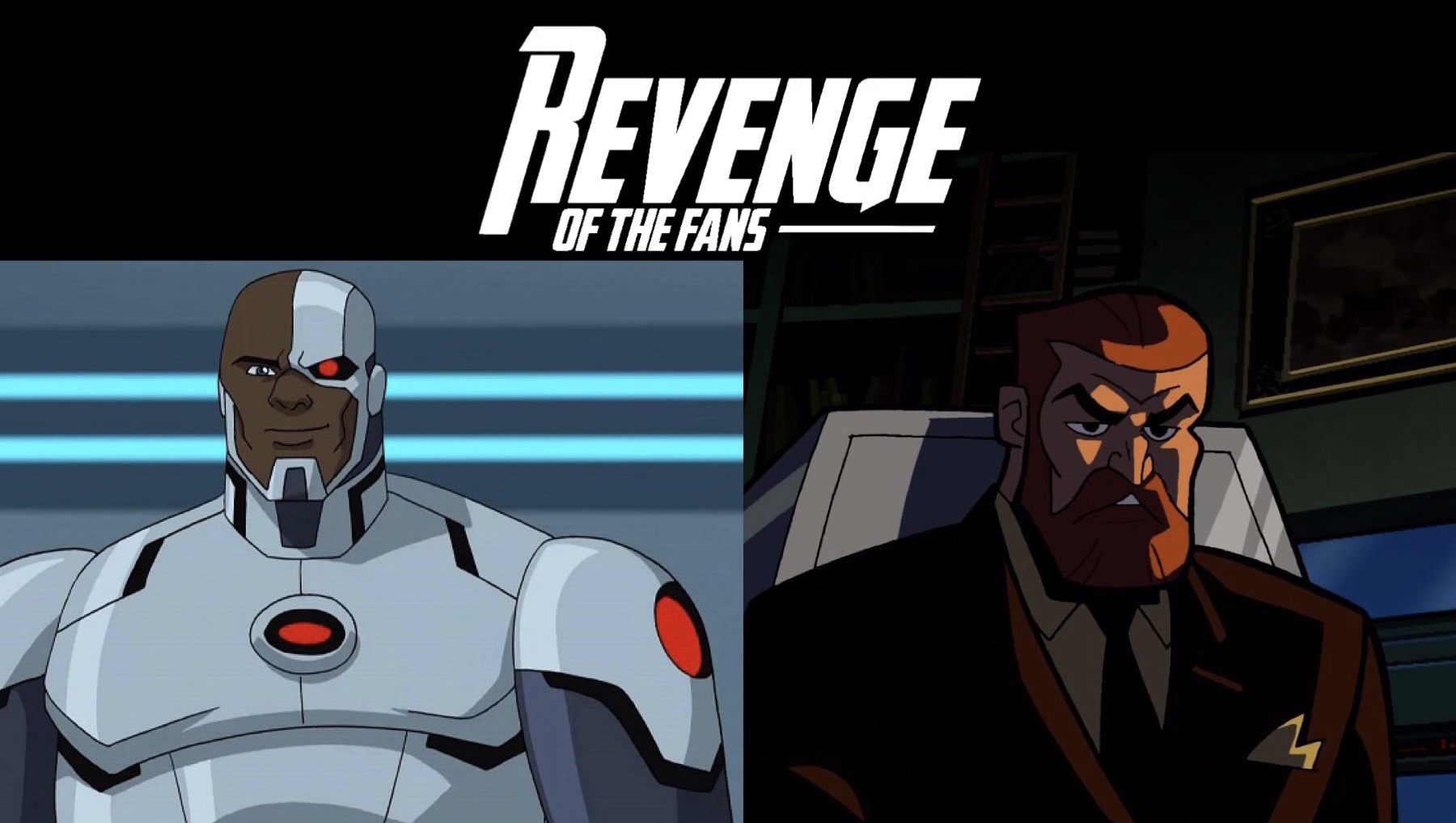 [Editor’s Note: I’ve updated the title of this piece, because it’s been brought to my attention that the Doom Patrol has been hiding in plain sight for months. See, while the world only just heard about a Doom Patrol show this week, back in February it was announced that Titans would have an episode titled “The Doom Patrol.” What’s *new* and Exclusive to this report is the breakdown for Cyborg and all the light it sheds on his role on the DC Universe streaming network]

In the last couple of days, it’s come to light that DC Entertainment is preparing a live-action Doom Patrol series for its upcoming DC Universe streaming network. It will join such previously announced shows as Titans, Swamp Thing, Harley Quinn, and Young Justice: Outsiders, and folks have begun to speculate just how much all of these shows will co-mingle. In fact, it’s already been revealed that Doom Patrol will feature none other than Cyborg, a character who’s very much linked to the Titans mythos.

That much was made clear in the official synopsis for Doom Patrol:

DOOM PATROL is a re-imagining of one of DC’s most beloved group of outcast Super Heroes: Robotman, Negative Man, Elasti-Girl and Crazy Jane, led by modern-day mad scientist Dr. Niles Caulder (The Chief). The Doom Patrol’s members each suffered horrible accidents that gave them superhuman abilities — but also left them scarred and disfigured. Traumatized and downtrodden, the team found purpose through The Chief, who brought them together to investigate the weirdest phenomena in existence — and to protect Earth from what they find. Part support group, part Super Hero team, the Doom Patrol is a band of super-powered freaks who fight for a world that wants nothing to do with them. Picking up after the events of TITANS, DOOM PATROL will find these reluctant heroes in a place they never expected to be, called to action by none other than Cyborg, who comes to them with a mission hard to refuse, but with a warning that is hard to ignore: their lives will never, ever be the same.

It should be noted that up until now, Cyborg hasn’t been mentioned as being a part of Titans, which had many wondering if he’d appear at all.

With the news that Cyborg would appear on Doom Patrol, and that the series positions itself as a spinoff from Titans, I decided to do some digging about what we can expect from Cyborg’s involvement in the streaming DC Universe, and I came across the Character Breakdowns for both him and Dr. Niles Caulder, aka Chief. These are the breakdowns sent out to agents in order to give prospective actors all of the background information they’ll need when they audition, and they can often be quite telling because they reveal exactly which versions of these characters are being adapted, as well as what the studio is looking for in terms of casting.

Here’s what they’re looking for as they cast Cyborg, and pay close attention to the final sentence because that is the key to this whole story:

Male, mid-20s, African-American. Charming, sarcastic, a bit brash, Cyborg is half-human, half-machine — the ultimate Super Hero for the digital age. At least, that’s how it appears. Vic Stone lost his mother at a young age, lost his promising future to a horrific accident and was put back together as a man-machine hybrid by a brilliant and aloof father who sees him as little more than a lab rat. While Vic may be connected to every computer on earth, he struggles to maintain the connections that make us human. Desperate to gain acceptance from the outside world and his father, Vic uses his powers to try and harness the curse of his cybernetic body for good.

ASP SERIES REGULAR. May segue into Series regular on TITANS in subsequent seasons.

So Doom Patrol and Titans will both have them some Cyborg goodness in them. It looks like he’ll start off as the connective tissue for the two series, then possibly escalate into a full-on series regular for Titans if the network thinks it makes sense. If I had to compare, it almost feels like the track Marvel put Rosario Dawson’s Claire Temple on for its Netflix universe. If you’ll recall, she started off as a connective tissue character with appearances and cameos on multiple shows, only to eventually become a full-on regular cast member on the Luke Cage series.

Also, if you’ll indulge me in a bit of fanfantasization (Copyright The Revengers Podcast), I bet this means Cyborg will factor into the conclusion of the first season of Titans, segueing into why he goes to call the Doom Patrol into action.

And here’s the breakdown for Chief:

Male, 40s-50s, Open Ethnicity. Eccentric, brilliant, paternal, and mysterious. The Chief is a noted scientist, wealthy investor and, of course, leader of The Doom Patrol. The Chief rescued each member of his team from horrific accidents, nurtured them to health, resuscitated their self-esteem and sent them into the world to defend a populace that sees them as little more than freaks. His disarming manner does little to conceal a steely determination and unwavering devotion to defending Earth from Evil’s oddest entities.

This is all pretty cool stuff. I said on last week’s The Revengers Podcast that I was hoping that these DC Universe shows would somehow be inter-connected, so I’m thrilled to hear that wish will come true. Whether or not this will include shows like Swamp Thing and Harley Quinn remains to be seen, but considering they’re all housed on the same network, it doesn’t seem like a stretch to think that each series will subtly allude to the fact that they take place in the same world.

Folks worried that this spells the end of the cinematic version of Cyborg, played by Ray Fisher in Batman v Superman and Justice League should take heart in the fact that DC Entertainment has shown a willingness to have multiple live-action versions of characters at once; As evidenced by The Flash, Superman, and- soon- Batman appearing on both small and big screens. So this doesn’t necessarily mean we’re done seeing Cyborg in theaters, though- if I’m being honest- I get the feeling that there’s no longer any mojo around the idea of a solo Cyborg movie since no one I’ve spoken to at Warner Bros. has mentioned that movie in over a year. But that doesn’t mean he won’t possibly pop up in The Flash, as was rumored back when Rick Famuyiwa was going to make the film and posted this:

Look who I “ran” into on the streets of London.😉 pic.twitter.com/jZFYvLweGh

What do you think of this news? Be sure to let me know in the comments below. I’d love to chat about this, because as more information becomes available…I’m getting more and more excited about the DC Universe service.

Next post *DEBUNKED* LANDO: A STAR WARS STORY Could Be The Next Standalone Star Wars Film (UPDATE!)