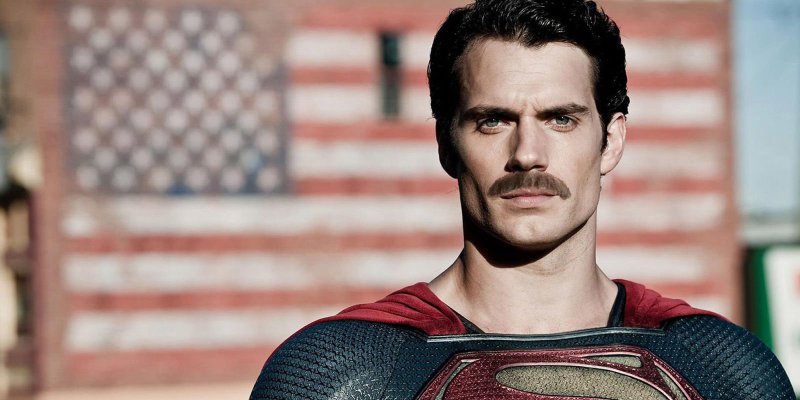 It’s fair to say that no bit of facial hair has received as much press as the mustache that Henry Cavill had to have through the latter half of 2017. The mustache that director Christopher McQuarrie wanted the actor to have for his role in Mission: Impossible- Fallout will go into the annals of Hollywood history due to the way it impacted the additional photography for Justice League. Now the actor sheds some light on what that whole experience was like, and how it went the only way it could’ve gone.

For starters, Cavill tells Empire that he was surprised by a couple of things. Namely that the ‘stache would become so notorious and the amount of extra work he’d need to do for Justice League after the studio mandated major changes to the Zack Snyder film:

Cavill goes on to say that he just what an impossible mission it would’ve been to completely alter his look while working on the two films, essentially, simultaneously:

“When it came to that, it was one of those things where I’m in the middle of another movie, and to change my look for a movie that should have finished already becomes a real problem. And as you will see when the movie comes out, to have a fake mustache on would not have been a possibility.”

And for those who felt that switching to a fake mustache on Mission: Impossible- Fallout would’ve been easier to do than trying to CG it out for Justice League, Cavill says it simply wouldn’t have worked:

“You’ll think, ‘Okay, yeah, a fake mustache would perhaps have been blown off in this situation.’ Unfortunately, it led to much dismay when Justice League came out, but that’s the nature of these things. You can’t win every time.“

We’ll get to see the mustache in all its glory when Mission: Impossible- Fallout arrives on July 27, and we’ll get to judge for ourselves if Henry Cavill and co. could’ve worked around it.

The big issue, of course, was that the unnatural-looking CG on his face in Justice League shined a light on exactly how much of Superman’s appearance in the film came from the reshoots. And when you consider that the vast majority of his already limited screen time was spent with that blurry upper lip on full display, it makes you wonder what was so upsetting to the studio about what Snyder had shot that they would’ve rather had Superman look weird than simply allow the original material to be included as planned.

That question, for me, is the one that has me most curious about seeing a Snyder Cut of the film. Because, as much as I dislike his take on Superman, I need to see for myself what the studio found so egregious about Snyder’s Superman scenes that they simply didn’t care how wonky the re-shot material looked. The implication of all this is that they must’ve hated the original Superman stuff in Justice League that much, so I’ve got to lay my eyes on those sequences one day to see what all the fuss is about.

I feel somewhat vindicated about something Henry Cavill offhandedly said in these quotes above. See, when I first broke the story that Justice League was about to enter extensive reshoots (almost exactly a year ago today), there were a couple of writers from major trades who attempted to somewhat “debunk” that report. And it wasn’t because they thought I was wrong, but because they didn’t like my use of the term “Reshoots.” I was lectured by a journalist (who I happen to greatly admire) because, as they put it:

“You’re mischaracterizing it. It’s not so much reshoots, as it is additional photography because most of what Whedon is doing is adding new stuff and subtracting old stuff. He’s not really doing much reshooting of scenes Snyder already handled.”

At the time, I tried to point out that they were getting caught up in the semantics. In this industry, everyone simply refers to additional photography on a film with the catch-all term “Reshoots.” Even when it’s additional photography, or mere pick-ups, it’s always been reported as “Reshoots” for the sake of simplicity. In the quotes above, even Cavill refers to them as…wait for it…RESHOOTS!

Sorry for that little tangent, but it was just a sore spot for me to have someone I respect try to “school” me publicly about whether or not it was fair to call what happened on Justice League “reshoots,” and now I owe Henry a high-five.

Next post GAMBIT: Kinberg Reveals There’s A Script Everyone Loves, Still No Director, Filming This Summer?!