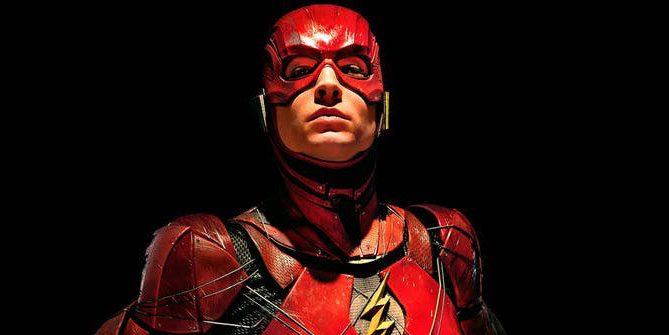 Something I’ve been talking about for a while on the El Fanboy Podcast is that I’ve been sensing, and hearing whispers, of a slight tug-of-war going on at Warner Bros. over how to proceed with Ezra Miller’s next appearance as Barry Allen, aka The Flash. For reasons both creative and political, there’s been a lot of renewed discussion about whether or not the film should be Flashpoint or, simply, The Flash ever since Warner Bros. asked John Francis Daley and Jonathan Goldstein to direct the film. Now there’s a new rumor making the rounds that a decision has been made.

Before we get into this rumor, here’s a brief history lesson about this Flash movie:

Now, since the hiring of the new directors I’ve been hearing that the studio really wants to lean into their experience on Spider-Man: Homecoming by making a solo movie about a quirky, relatable hero who’s in over his head. The studio likes their comedic background, and they were very happy with both their writing on Homecoming and their directing on Game Night. With that in mind, once they tapped them to make Flashpoint, it led to discussions about whether or not to revert the project back to being The Flash instead of another big crossover event that would’ve included folks like Gal Gadot’s Wonder Woman and Affleck’s Batman.

On this subject, I’ve been warning El Fanboy listeners that one of the things that elongated the negotiations between Daley/Goldstein and the studio was whether it’d be The Flash or Flashpoint. All the while, other reporters have been dropping hints to that effect as well. I wrote a story about what Borys Kit and The Hollywood Reporter were saying on the matter back on April 4. And now another big name has come out and dropped a major hint about the status of the movie:

Yep, that’s my old Latino-Review workmate Umberto Gonzalez letting it be known that Jeffrey Dean Morgan’s Batman is vanishing, alluding to the fact that we’re no longer seeing the Flashpoint storyline play out on the big screen. For those confused by the implication: In the comic book story arc, Thomas Wayne becomes Batman in a bizarro alternate timeline. Morgan played Thomas in Batman v Superman: Dawn of Justice and there’s been rumors for ages that one of the reasons he was cast was because Zack Snyder wanted to see him eventually play that alternate version of Batman.

So this all adds fuel to the fire that Flashpoint is no longer a thing, and that new DC Entertainment Honcho Walter Hamada would like for the film to simply focus on Miller’s The Flash.

Mind you, this doesn’t mean that it couldn’t happen eventually, but after the court of public opinion concluded that WB/DC “rushed” into major events like BvS and Justice League without giving mainstream audiences a chance to invest in these new versions of several beloved characters, it looks Hamada wants to take a slow burn approach to rebuilding the DCU after the disappointment that was Justice League. That slow and steady approach will begin with James Wan’s standalone Aquaman, continue with David F. Sandberg’s Shazam!, and hit a big crescendo when Patty Jenkins’ Wonder Woman 2 arrives next year, hopefully capping off a year of well-received DC titles.

Our own Brandon Alvarado once wrote a passionate piece on why we’re not ready for a Flashpoint right now anyway, which you should totally check out (CLICK HERE).

What do you make of this rumor? Are you bummed we may not be seeing Flashpoint for a while? Or are you happy that Ezra Miller’s The Flash is going to get a solo spotlight? Let us know, and don’t forget to subscribe to the El Fanboy Podcast because I’ll have plenty to say about all of this on Friday’s show!

5 thoughts on “RUMOR: FLASHPOINT Is Dead (For Now), Long Live THE FLASH!”

Previous post Peele Comes Out Swinging With The Announcement of A New Project With A Killer Cast: US

Next post Your First Look At Shane Black’s THE PREDATOR Is HERE! (Trailer)