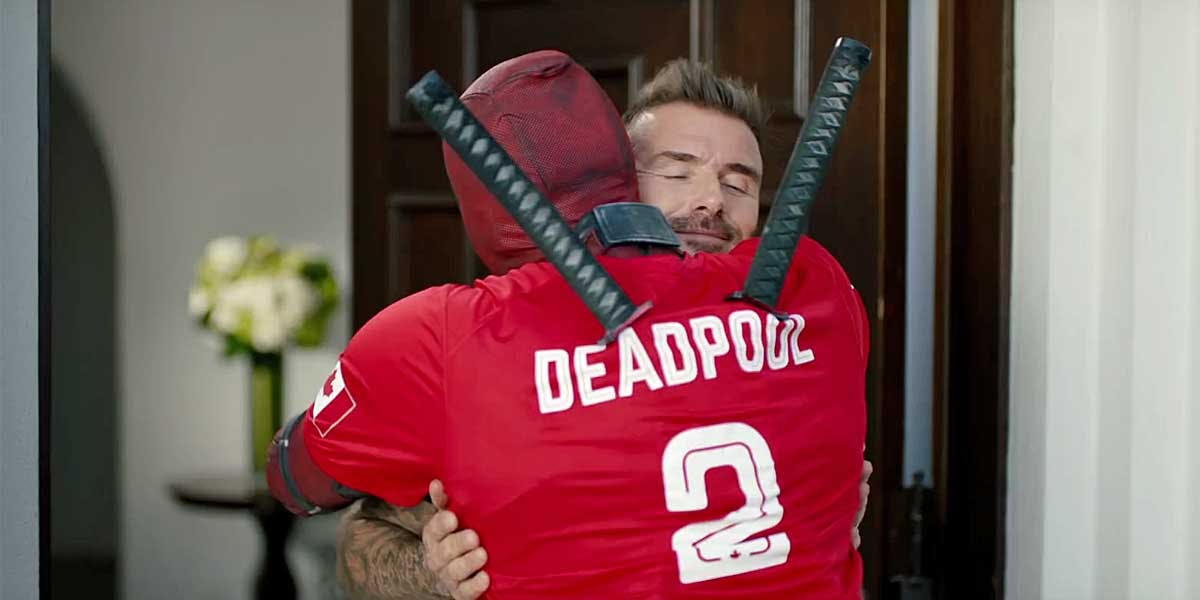 As we enter inside a week before its release, the marketing campaign for Deadpool 2 is heading into the homestretch.

Last week, we were treated to a Celine Dion music video, with Dion performing her song from the soundtrack. This week, Fox has put out a promo featuring soccer player David Beckham.

The video starts with Beckham watching a clip from the first Deadpool film, which shows Ryan Reynolds’ Merc With the Mouth making a joke about Beckham’s voice. Beckham then starts receiving visits from Deadpool himself, apologizing for the joke. The soccer megastar continues to decline Deadpool’s apologies and gifts, which include balloons and a mariachi band. Deadpool finally wins over Beckham with tickets to the World Cup.

Beckham then reveals that it wasn’t the joke from Deadpool that made him upset. It was the long list of bad films from Reynolds’ filmography, including Green Lantern and RIPD, that still has Beckham a little upset. The promo ends with both Deadpool and Beckham sitting on Beckham’s couch in silent disdain for one another.

The marketing for Deadpool 2 continues with the same fourth wall-breaking jokes you come to expect from the franchise. If the film is as funny as its recent marketing has been, audiences are in for a wild ride when Deadpool 2 is released.

Deadpool 2 hits theaters on Friday, May 18.

Next post REVENGE REPORT: How Much of SOLO: A STAR WARS STORY Is Lord and Miller’s?