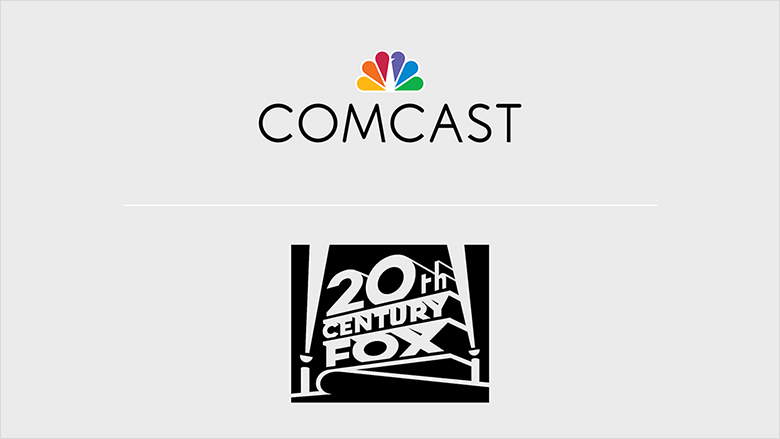 According to Reuters, Comcast is currently talking to several investment banks to prepare a $60 billion cash bid for 21st Century Fox. This would put the media giant ahead of Disney’s current bid of $52 billion.

Last December, Disney announced they would acquire Fox’s film, television and international businesses in an attempt to combat the growing threat of streaming giants Netflix and Amazon. Earlier this year, Comcast, who already own NBC and Universal Studios, made their intentions known that they were planning an effort to outbid the House of Mouse for Fox, even though Fox had already denied Comcast’s offer in favor of Disney’s.

While Comcast being back in the picture will certainly get people talking, there’s still one thing that could derail Comcast’s intentions: the U.S. Department of Justice’s case to block the Time Warner/AT&T merger. The outcome of the case, which is expected to be announced in June, will determine whether or not Comcast makes the bid. Fox originally denied Comcast’s deal as it would likely mean a lot of legal headaches, more so than the Time Warner/AT&T situation.

For those wondering what this would mean for Fox’s Marvel characters, the situation could get a little more complicated. If the Disney buyout goes through, Marvel will get Fox’s characters, like the X-Men and Fantastic Four, back without any issues.

However, if Comcast were to get Fox’s assets, the rights to these characters wouldn’t automatically revert to Disney as it’s unknown what the specific contractual conditions would be for Marvel to get the X-Men back and if Constantin Films, who currently owns the rights to the Fantastic Four, would give the rights back (though it’s possible that Constantin sells to the rights to Disney).

Of course, a lot of this will ride on the outcome of the Time Warner/AT&T case. If the Department of Justice wins the case, you can expect the Disney buyout to continue as planned next summer. If Time Warner/AT&T win then we could have a whole new ballgame.