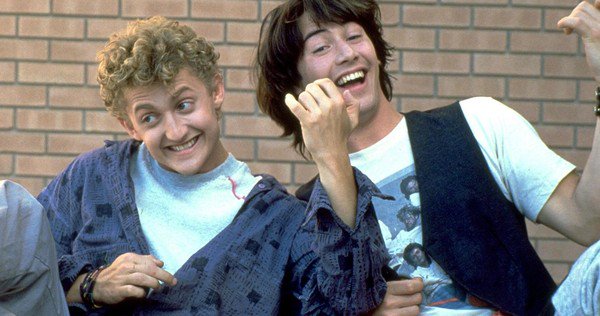 According to The Hollywood Reporter, Bill & Ted Face the Music is finally a go with Keanu Reeves and Alex Winter set to reprise their iconic roles, with Galaxy Quest’s Dean Parisot set to direct.

The film will see the middle-aged Bill and Ted still struggling to write their “great song”. After a stranger from the future warns that only their song can save the future, the duo begins another time travel adventure to find the song, together with their daughters, more historical figures and even some musical legends.

A third Bill & Ted film has been long in development, but it has had trouble getting green-lit. Earlier this year, series writer Ed Solomon confirmed that things were looking up for the three-quel as the filmmakers were close to securing financial partners for the film.

It’ll be the first time the metalheads have been together since 1991’s Bill & Ted’s Bogus Journey. With William Sadler also set to return as Death, Bill & Ted Face the Music sounds like it’ll be an excellent time at the movies.

One thought on “BILL & TED FACE THE MUSIC Confirmed; Keanu Reeves and Alex Winter Will Return”