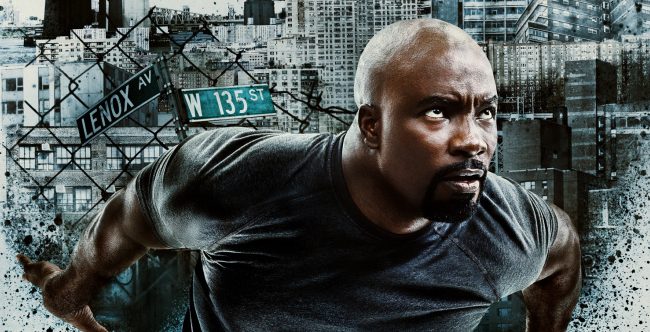 Following a successful debut in 2016, which led to his appearance in the crossover event The Defenders last year, Marvel’s Luke Cage is getting ready to knock some more heads in Season 2 of his solo series.

Netflix has just released the trailer for Season 2 of Luke Cage, which you can check out right here:

After clearing his name, Luke Cage has become a celebrity on the streets of Harlem with a reputation as bulletproof as his skin. But being so visible has only increased his need to protect the community and find the limits of who he can and can’t save. With the rise of a formidable new foe, Luke is forced to confront the fine line that separates a hero from a villain.

Mike Colter is back in the titular role as a dude with lots of power, man. He’s joined by returning cast members like Rosario Dawson, Alfre Woodard, Theo Rossi, and Simone Missick (who’s Misty Knight seems to be getting quite an upgrade in the hardware department). Of note, the second season of Luke Cage will also feature one of the final performances of the late great character actor, Reg E. Cathey, who we lost this past February at the age of 59.

Luke Cage is set to hit the streaming giant next month on June 22.

What do you think of this first look at Season 2? Are you excited for the continued solo adventures of Luke Cage, or are you one of the people who was hoping they’d go full Heroes For Hire by merging this series with Iron Fist and making it more of a team-up show centered on the duo? Let us know in the comments below!

Next post DEADPOOL 2 Soundtrack Seems To Confirm That [SPOILER] Is In The Film, After All