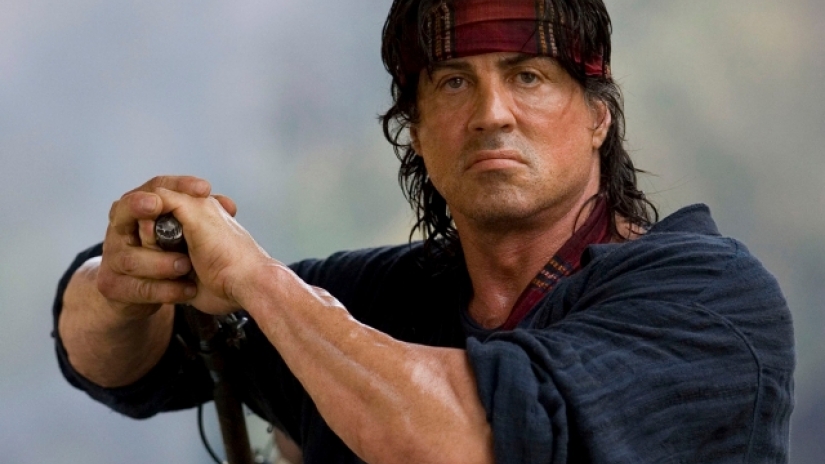 If you thought 2008’s Rambo was the last we would see of Sylvester Stallone’s psychologically battle-ravaged Vietnam vet, you were wrong. Here we are a decade later with fresh news that Stallone is working on a Rambo 5, which he’s writing, and will- of course- star in. The word on the street is that Avi Lerner and the good folks over at Millennium Films are out trying to sell the feature at this year’s Cannes Film Market.

According to Deadline, Stallone is said to be working on a script for the film, which would find his John Rambo mixing it up with Mexican drug cartels. It would once again explore the way Rambo has spent a lifetime trying to avoid violence, only to find its clutches inescapable. The plot is said to center on the war veteran settling down on a ranch in the US, when his neighbor’s daughter is suddenly kidnapped by a cartel, which leads to him crossing the border to go rescue her.

Dark Horizons describes Rambo 5 as possibly going “the Logan route.” While that’s mere speculation, it would give the film some real purpose. It makes you wonder if Stallone is planning to give John Rambo an epic sendoff at the conclusion of this film, wrapping up a story that began in cinemas when First Blood came out in 1982.

It’d be an interesting way to go, and it would certainly justify the existence of a fifth Rambo movie, if it does have a dramatic sense of finality.

The rumored plot enters somewhat tricky territory, though, when you consider the current political climate. While the simple premise seems as straightforward as can be, you have to wonder how folks are going to take to an old white guy venturing south of the border to shoot up some “evil Mexicans” with all of the tension surrounding US/Mexican relations lately.

We shall have to see how it plays out.

In a bit of my own fan-fantasization (if you don’t know what that phrase means, you need to start listening to The Revengers Podcast!), I wonder if his neighbor is Mexican (hence why he’s mixed up with the cartels) and has a son. The son could end up partnering up with John as he heads south of the border to save his sister. This could open things up to allow for an up-and-coming hispanic actor to land a significant role, help off-set how unrealistic it’ll seem to have a 71 year old Stallone take on a cartel by himself, and it could also balance the portrayal of Mexicans in the story.

What do you think of the prospect of a Rambo 5?

One thought on “Is RAMBO 5 Planning To Be The LOGAN Of The Long-Running Series?”

Previous post Revenger Submission: “Who Really Screwed Over The Universe In INFINITY WAR?”

Next post Box Office Craziness: INFINITY WAR Still Insane + How DEADPOOL 2 And SOLO Will Silence Cynics In May