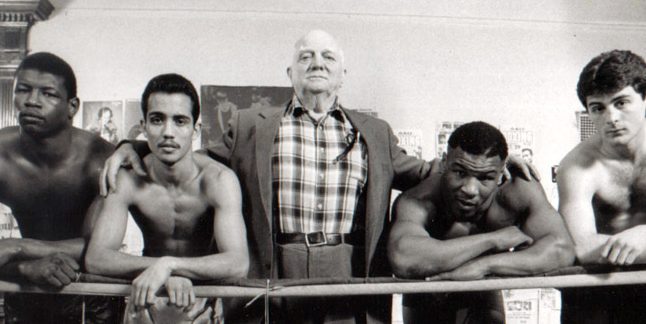 There’s a biopic in the works for legendary boxing trainer Cus D’Amato, and it’s found its lead in the form of Die Hard star Bruce Willis. The casting was announced earlier this morning, shortly before the kickoff of the 71st Annual Cannes Film Festival. The film will be called Cornerman and it will chronicle the period of time in the 1980s where D’Amato, who was known for training some true legends, suddenly discovered a 13 year-old with unlimited potential. The boy in question? Mike Tyson.

“Ultimately, this is a story about a deep love between two ferocious talents, each brave enough to admit their fears to the other, and so spur one another to greatness,” director Rupert Friend said in a statement about the casting of Willis. “It is a story about fighting for what you believe in, and a film that will make you question what strength really is.”

If the name Rupert Friend rings a bell, it’s because he’s known primarily for his work as an actor on the hit Showtime series Homeland. Cornerman will mark his directorial debut.

The news of Bruce Willis joining this film hits close to home because D’Amato also trained someone near and dear to me.

That fella just to the left of Cus in the picture above is my cousin Peter Alindato, who boxed professionally in the 80s and has many fond memories of training under D’Amato and working alongside Tyson in Catskill, New York. I remember hearing plenty about his experiences there whenever I’d visit him in Albany as a kid, and a part of me wonders if there’ll be a role for Peter “The Durango Kid” Alindato in Cornerman. That’d be pretty darn cool, I say.

Filming for Cornerman is set to begin this fall.

Next post INFINITY WAR: Joe Russo Explains Why They Skimped On Screen Time For The Black Order