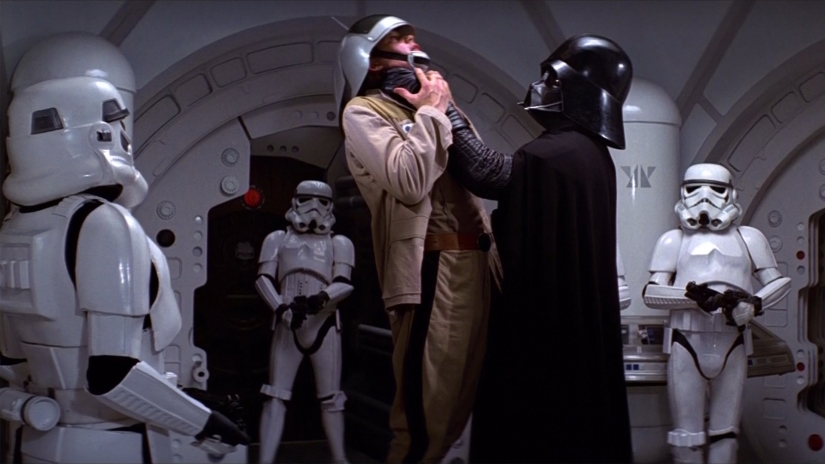 While the bulk of the discussion about the creative pros and cons of Disney’s acquisition of Fox have centered on how it’ll impact the Marvel Cinematic Universe– since it means that Marvel Studios will now have access to the X-Men and Fantastic Four properties- there’s one crucial bit about this deal which could be huge for old school Star Wars fans.

See, ever since George Lucas deemed it necessary to go back and tinker on the Original Trilogy to create Special Editions of each film in it (A New Hope, Empire Strikes Back, Return of The Jedi) there’s been a desire by Star Wars purists to have the original theatrical cuts get a proper HD home release. Sadly, that’s never come to be. If you want the full HD cinematic experience, you have no choice but to watch Lucas’ reworked versions of the films.

In 2012, Lucas sold Lucasfilm to Disney, and- briefly- there was hope that the Mouse House, with its unlimited resources, would give the Original Trilogy a proper home release. But those hopes were dashed when it was revealed that, despite Disney now owning the Star Wars IP, Fox actually retained the rights to the first film in the series: A New Hope.

With Fox hanging onto A New Hope, that meant that Disney wouldn’t be able to release the unaltered Original Trilogy even if it wanted to. Also, Fox would have no real incentive to release an unaltered A New Hope on its own, since it would essentially just be hyping up a property it doesn’t even own anymore.

Now that Disney is on the verge of owning Fox, though, that could all change.

Depending on who you ask, there are other- more technical- hurdles to deal with. For starters, back in 2006 Lucasfilm claimed that the original prints of the films were altered during the process of putting together the Special Editions:

Not only that, but George Lucas himself has asserted that it would cost “millions of dollars” to reverse the changes made.

However, the passionate folks behind SaveStarWars.com have said that the process isn’t as impossible as others would have you believe:

“The negative is conformed to the Special Edition edit, because there can only be one original negative. So, technically speaking, the negative assembly of the originals does not exist. But it would be very easy to simply put the original pieces back in and conform it to the original versions. Actually, in a theoretical modern restoration, they would just scan the original pieces and make a digital edit, especially since disassembling the negative puts a lot of wear on it. There are also secondary sources, such as separation masters and interpositives, both of which were used to make duplicate pieces to repair parts of the original negative for the 1997 release. So, basically, the official Lucasfilm stance is a lot of crap, designed to confuse people who don’t have a thorough knowledge of how post-production works.”

It should also be noted that Lucasfilm’s old stance on this issue was likely influenced by Lucas himself who, at the time, was adamant that the Special Editions were the “real” versions he wanted to be considered canon. Specifically, while discussing the infamous “Who shoots first?” alteration and other changes made to A New Hope, Lucas has said “[The Special Edition] is the movie I wanted it to be, and I’m sorry you saw half a completed film and fell in love with it.”

With George out of the picture now, and Disney on the verge of owning the original negatives and the distribution rights for A New Hope, we’ve never been closer to the Original Trilogy getting a proper release in the premium formats now available to us.

And even if it would cost millions, we have a feeling Disney has some spare change rolling around somewhere…

Next post SOLO: The Initial Box Office Tracking For The STAR WARS STORY Has Arrived, And It’s Nuts!