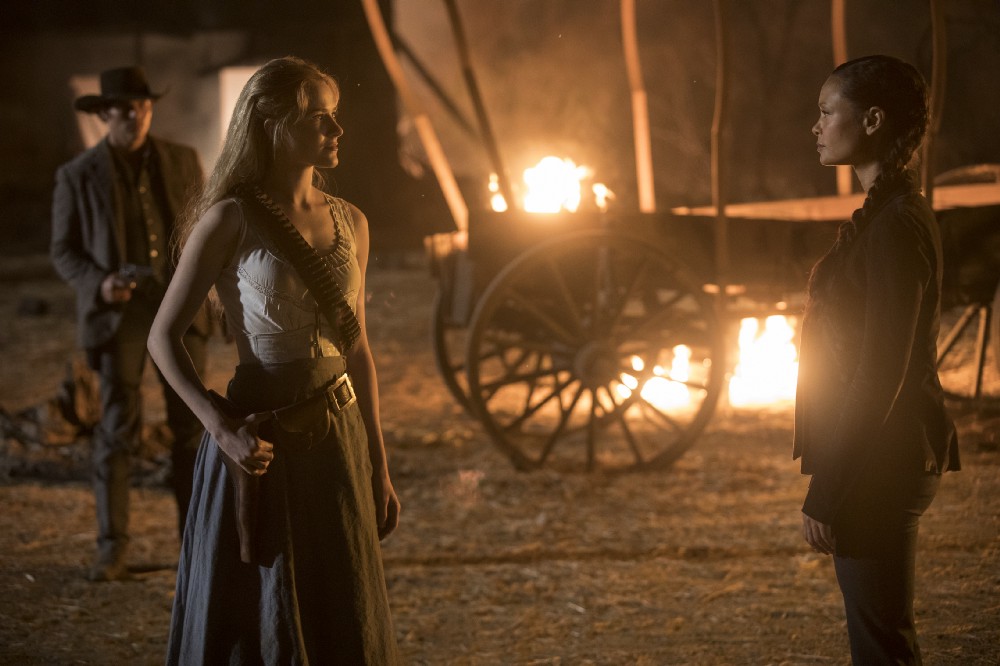 To the surprise of no one, HBO has announced that they have renewed one of the best shows on television. Westworld will be open at least one more year.

The show is two weeks into its sophomore season, and is better than ever.

Casey Bloys, President of HBO Programming, had this to say:

“It’s been an extraordinary pleasure to work with the exceptionally talented Jonathan Nolan and Lisa Joy, as well as their gifted cast and crew,” noted Bloys. “From the inspired storytelling to the incredible visuals, we are so excited to see where the next chapter will take us.”

The success of the show is refreshing. To see people embrace such a smart, tightly written narrative gives me hope for humanity. It is great on all levels – production, direction, acting and writing. I am glad things like this still garner attention and it is not just all antiseptic network sitcoms making a big bang on the ratings charts.

I caught up on Westworld during its hiatus after season 1. I fell in love with the show, and then suddenly found myself without HBO. I made sure I had access to it before April 22nd, when the first episode of the new season premiered, even if that meant skipping a few meals to pay for it.

The best part of this news though, is that the series star Evan Rachel Wood is finally getting paid the same amount as her male costars. Wood is one of the most important actors in the show that has a large cast. For her to get the same money as the rest of the male leads should have happened from the get-go.

If you aren’t watching Westworld, I highly recommend it. You will be hooked fast, and you can join in on one of the funnest journeys that television has to offer.