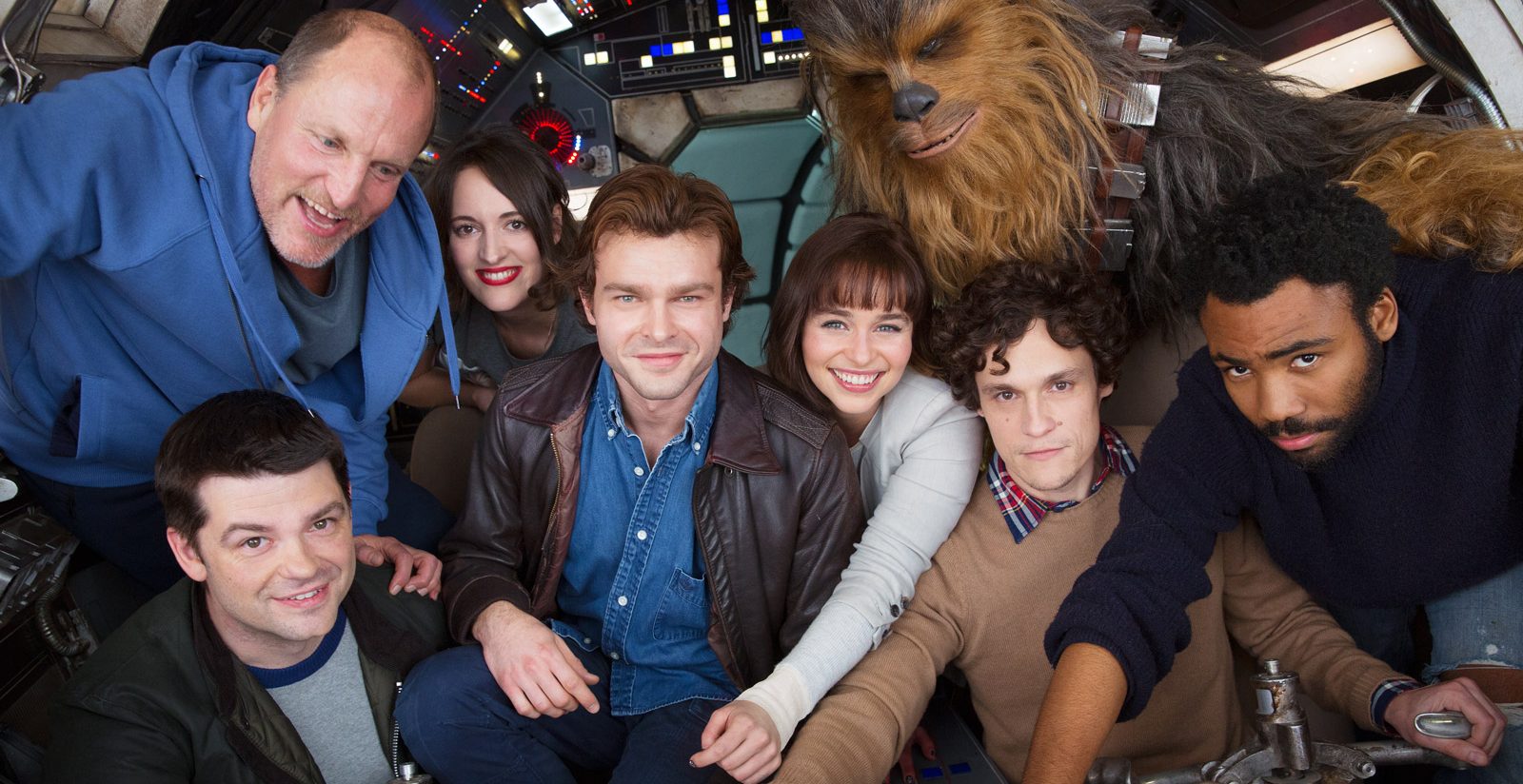 Much has been said following the sudden firing of Chris Lord and Phil Miller from Solo: A Star Wars Story last year, when they were a mere two weeks from completing principal photography on the film. From reports claiming to know the exact reasons they were ousted, to an anonymous actor from the project throwing shade on them (and indirectly on star Alden Ehrenreich), there’s been all kinds of speculation about their exit and how the people involved with the project felt/feel about it.

Today we’ve got the two cents of the man entrusted with the titular role, Alden Ehrenreich. For starters, he puts to bed any claims that the crowd rejoiced when they found out the duo behind The LEGO Movie had been fired.

“That’s bulls***,” Ehrenreich told Esquire during a recent chat. “For a crew to do that would mean they hated [Lord and Miller], which was not by any stretch the case.” His depiction of how their exit from Solo was handled is as follows:

“They said, ‘We were let go,’ and that’s it. They had mentioned there were some disagreements before, but they didn’t get into it. On a personal level, it felt emotional, for them to be going after we’d set out on that course together. Because I spent a lot of time with them, and we had a really good relationship — they also cast me. But I think at that point, they were kind of on board with [the decision], too.”

As for the tone, and the perceived creative differences between Lord, Miller, and Lucasfilm, Ehrenreich claims ignorance:

“From the first screen test on, we played around with it a lot. We tried a lot of different things, rethinking behind the scenes. That was yielding a different movie than the other factions wanted. I knew what I was doing, but in terms of what that adds up to, you’re so in the dark as an actor. You don’t know what it’s shaping up to be, how they’re editing it, so it’s kind of impossible without having seen those things to know what the difference [of opinion] was, or exactly what created those differences.

“The actors are at the kids’ table, unless you’re also a producer of the movie. So you’re really kept out of all the backroom dynamics of what was going on.”

What he says there, about Lord and Miller’s style yielding different results than what the studio wanted, lines up with what’s been reported in the past. Essentially, they approached Solo: A Star Wars Story in the spirit of an off-beat comedy with lots of improvisation and deviations from the script, while the studio wanted more of a straight-laced action adventure.

While on the subject of other nagging rumors that an acting coach had been brought on to help coax a better performance out of him, Ehrenreich clarified that the only additional assistance the cast got for their performances came from a writer-director who came in seemingly to help get the tone more in line with what the studio wanted: “[Writer-director Maggie Kiley] was part of conversations that happened for a couple weeks at one point, but that was basically it.”

Ehrenreich then turned his attention to the film’s new director, Ron Howard, and the calming affect he had on the cast and crew for Solo:

“Everybody’s hackles are raised a bit, and Ron had this ability to come in and deal with morale and get everybody enthusiastic about, A, what we’d already shot, because I think his feeling was that a lot of what we’d already done was really good, and, B, the direction for the next piece of it. He knew how to navigate a tricky situation, and almost from the first or second day everybody pretty quickly recharged and got excited again about the movie.”

Solo: A Star Wars Story arrives on May 25.

Next post STAR WARS: Alden Ehrenreich Reveals Lucasfilm May Have More HAN SOLO Adventures Lined Up For Him!