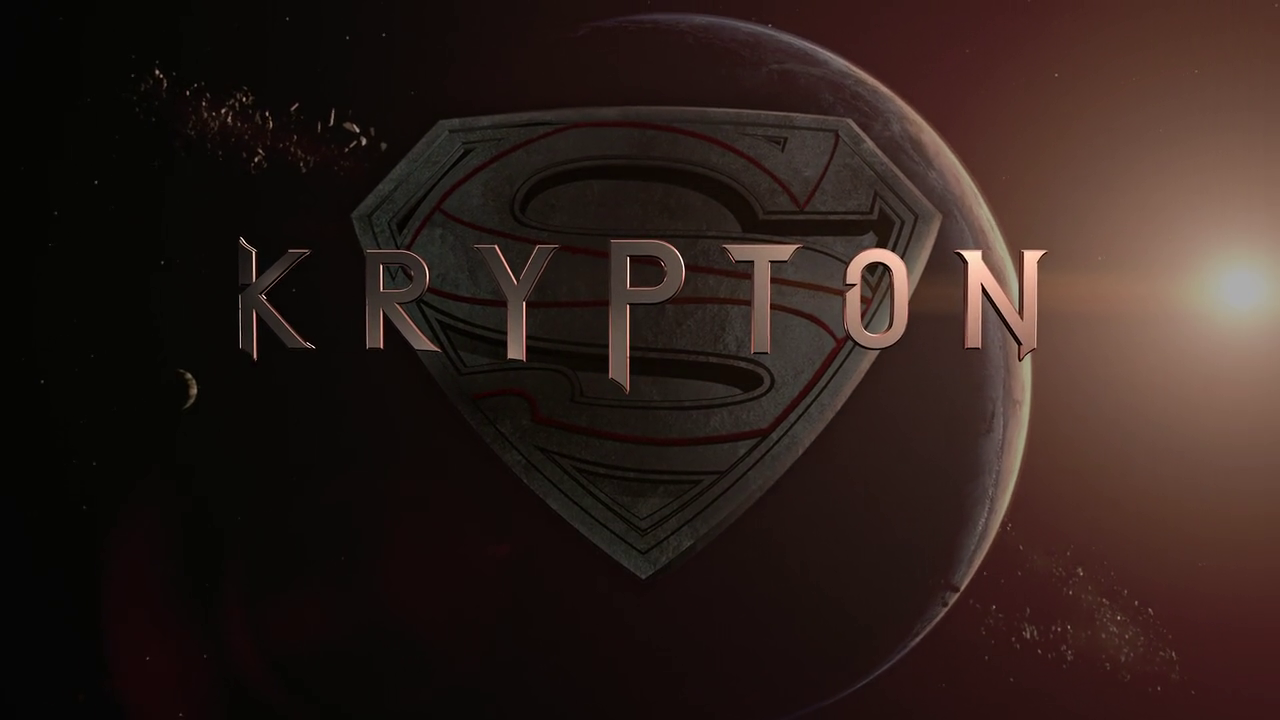 “Jayna grapples with her torn loyalties as Seg fights for survival within the heart of Black Zero.” (SyFy)”

Nyssa-Vex continues to try to convince Jayna-Zod to pledge her allegiance to House -Vex, to free her daughter Lyta. At the same time, she’s trying to coerce her father Daron-Vex, to try and find another way to appease to Voice of Rao, while they work behind the scenes, to bring him down. As Jayna continues to mull over Nyssa’s offer, we see flashbacks to her youth, of her warrior training. There are two instances where Jayna kills her own brother. First, she kills a holographic program of him, in a battle exercise, that look similar to the battle Lyta had for control of the Military Guild. In fairness to Jayna, she didn’t want to kill her “brother”, but was forced to, by her father, I assume, to prove her loyalty to Krypton. In another challenge, she and her actual brother are sent to the Outlands, to retrieve the sword of Krypton’s first warrior. There, they find a survival kit, with one breathing apparatus to keep them safe on the journey back to Kandor. With her brother fully prepared to kill her, Jayna subdues him and leaves him out in the cold of necessity. What these flashbacks show, is how ruthless and loyal Jayna was and is, when it coms to Krypton, yet her daughter’s life is more important, as she agrees to side with House Vex. Nyssa must be a master negotiator, or manipulator, because even her father helps get Lyta’s charges dropped, by asserting that his witness had recanted her statement. To ensure his former witness won’t contradict him, he has the former Sagitari killed, making it appear to be a suicide.. What makes that even more heartless, is that Darin-Vex, was having an affair with this woman, claiming to love her.

With Lyta now released, Adam Strange tells her that Seg-El is missing, and she quickly organizes a small search party for him! Speaking of Seg, he has gotten free from the Black Zero/Freedom Fighters, but he seems to be running around in circles. As he tries to truly get free, he rescues a woman named Raika. She promises to take Seg to her people, who are a religious group who worship the Ice Queen, who they refer to as the Mother of Krypton. When they find out Seg is of House El, their kindness turns to animosity. Apparently, Seg’s ancestor’s destroyed this community before, and the members are sworn to protect their way of life from House El through generations. This was just touched on and I’d be interested in seeing it explored! Firstly, to learn more of this new religious group but also to find out what Seg-El’s ancestors did, to inspire such fear and hatred. What skeleton’s are in the El family closet? When Seg realizes that this group has no intention to help him, he asks Raika to sneak him out and smuggle a rebreather (Krypton oxygen mask) to him. She does, but the mask is damaged and doesn’t last long. Seg ends up unconscious, only to be recaptured by Colin Salmon’s character. He tells Seg that Raika is vital to stopping Braniac. As he was about to divulge Raika’s importance, the compound is attacked by Lyta-Zod, Adam Strange, and some Sagitari soldiers. As Adam and the soldiers free Seg-El, Lyta Zod takes the fight to Colin Salmon’s mystery character. Continuing a Krypton tradition, the hand to hand martial arts fight is excellent. Each character trades blows, before Lyta gains the upper hand. She notices that he has the same neckless as she does, which is a Zod family heirloom. When he asks where he got that from, he tells her, she gave it to him, and she is his mother. HOLY PLOT TWIST BATMAN! I didn’t see that coming. Clearly. Adam Strange isn’t the only time traveler on Krypton. It’s a shame that the trailer for the next episode revealed that he is indeed General Zod! I would have liked that reveal to happen in the episode.

To me, Krypton continues to be 5/5 with me! Back to back episodes featuring completely unexpected twists. The ratings for Krypton have declined since it’s premiere. At least the live audience numbers have. The delayed viewings though raise the shows ratings substantial amounts. I’m not sure how SyFy will handle this ratings breakdown but I’m sticking with this show until the end, be it this season, or several seasons from now,  Do your part and watch rhis show so Krypton  will survive, at least until its destruction.

Next post The New VENOM Trailer Is A Dark, Thrilling Ride (WATCH)