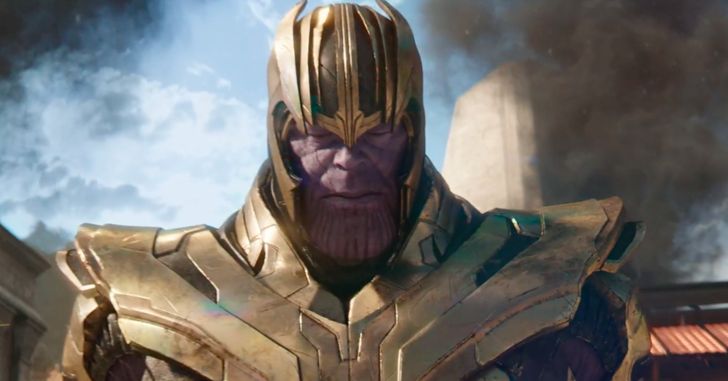 As we enter the home stretch to Avengers: Infinity War’s release, we’re getting a little more information on the film’s big bad, Thanos.

Much has been reported on the Mad Titan’s role in the upcoming superhero team-up, but fans have been wondering about how much of Thanos’ backstory we’re going to get into the film. Screen Rant spoke to Infinity War writers and producers Christopher Markus and Stephen McFeely about how Thanos carries much of the movie.

Markus: I mean, I sort of remember him saying in the conference room one day something like, are we talking about a Thanos biopic? And everybody kind of going, yeah, we are? You know, don’t expect, you know, a purple baby being born at the beginning of the movie.

McFeely: But it is, it’s a lot on his shoulders.

Infinity War co-director Anthony Russo spoke about the moment when the creative team was able to crack the character of Thanos.

For me, I think the law of identity, the moment I felt like we had cracked the movie creatively was when we started to think about Thanos as the lead character. And I think that there was a tipping point there for all, for Joe and I and Markus and McFeely where the movie all of a sudden started to feel like we knew we had a great angle into the story. We knew that was a fresh way, perspective that tell the story, but also felt organic and right to what the story was because Thanos is the only figure that unites all of these wild disparate corners of the MCU. I mean they’re all unrelated from each other except for the fact of Thanos and the fact he’s after these stones. Everything just started to line up. It made sense for our plot, but it also felt creatively adventurous, and challenging, and fresh. I think that’s when the movie really started to take on the life of what it became.

Comic book movies have a long history of weak villains, but it sounds like the crew behind Infinity War have crafted a version of Thanos that will be an imposing force with depth. After the five year wait, the fans hope for nothing less.

Previous post SOLO: Ron Howard Confirms He’s Brought A Staple From His Oeuvre To That Galaxy Far, Far Away