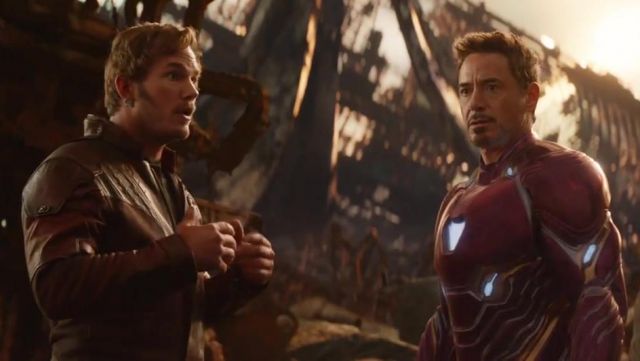 Marvel movies are known for their balance of humor and drama.

With the upcoming Avengers: Infinity War, fans were expecting the tone of the film to be a bit more serious, especially with the arrival of Thanos and his forces. However, Infinity War co-director Joe Russo said on BBC Radio’s The Afternoon Show that the film will be packed with more humor than the Russos’ Captain America films.

I think that tone [humor] is an under-appreciated aspect of filmmaking. In fact, one of the most critical aspects is managing tone, and this film in particular, when egos like this clash between these superheroes there’s bound to be humor. A lot of the characters in this universe diffuse tension with humor, so we knew the movie was going to be very funny. It’s very different than Winter Soldier and Captain America: Civil War in that regard because the tone of Cap movies is a little bit more serious. Cap is a little more straight-laced and intense, and the world he was in in both of those movies required he behave that way.

With Infinity War bringing together the heroes of the Marvel Cinematic Universe – along with the first appearance of the Guardians of the Galaxy in the Avengers films – different personalities and humor styles were bound to clash. Joe Russo talked about letting the actors improv and experiment on set.

And in this film, you’ve got a lot of, ya know, really unique personalities clashing so we knew we were going to lean into the humor. The way that we balance it in the script phase and on set with the actors is we do a lot of improvisation.

We have a lot of very funny people on the set, so typically we wait for the first take or two we’ll have them stick to script and then we let them go off script and probably shoot five or six more takes off script, and then you get in the edit room with all that footage and you spend hours and hours combing through it until you find the right combination that balances the tone and gets the humor across but keeps the stakes moving forward.

It seems, despite the stakes of Infinity War, the Russos are continuing that balance of humor and drama that the Marvel movies have been known for for a decade.

Next post DEADPOOL 2 Director David Leitch Is Set To Take On An Adaptation of THE DIVISION With Jake Gyllenhaal!