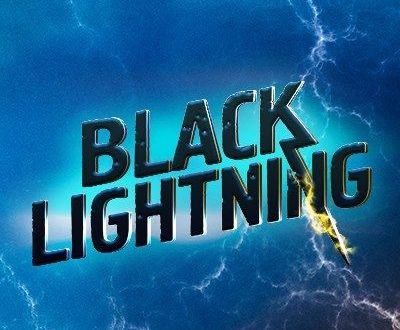 “The aftermath of the showdown with Black Lightning leaves everyone reeling; Tobias gathers his forces. ” (The CW)

The final episode of season 1 of Black Lightning starts with the Pierce family in hiding, while Jefferson, lays incapacitated after his battle with Tobias Whale. For the first portion of the episode, Jefferson is actually getting worse. His electricity powers are short circuiting, compromising his health even more. Most shows of this sort, would’ve gone the cop out route, and had our hero back at 100%, ready for another fight to start the episode. With our hero compromised, Gambi is giving a history lesson to Anissa and Jennifer about their father and Gambi’s history with him. What we learn is that Gambi had warned Alvin not to out Tobias in his expose, only focusing on the genetic experimenting. However, Alvin insisted on exposing Tobias as corrupt, which is what ultimately got him killed. In light of this revelation, it’s unfair to put all the blame on Gambi for Alvin’s fate. We also discover something I’ve been itching to know about. That is, the moment when Jefferson’s abilities began to manifest ,30 years ago when he was a young boy. The circumstances saw Jefferson running away from crooked cops, who were looking to give him a beating during the race riots. His powers activated, as he defended himself from police. We even got glimpses of his father counselling young Jefferson, after getting into a fight with people who were insulting him at school, resulting in him being suspended. The advice and lessons that Alvin taught young Jefferson, are the same ones he now teaches his students. Keith Arthur Bolden and Kaden Washing Lewis, did a great job as Alvin and Young Jefferson Pierce. They gave believability to the father/son dynamic, so that when Cress Williams as Jefferson has a vision of his father, who tells him how proud he is of him, thus causing Jefferson to return to consciousness, it has emotional weight, making the scene more impactful. It was nice to see the black and white aesthetic to the flashbacks return

No matter how much Jefferson cloaked the cabin where he and the Pierce family were staying, the A.S.A still found them, and sent armed field soldiers to their location to hunt them. What we learn is that Martin Proctor and his agents are not affiliated with the A.S.A and have gone rogue, and are doing all this, to create super soldiers for America, helping them stomp their enemies, and “Make America Great Again.” While I always thought Martin Proctor had a Trump quality about him, hearing him use Trump’s campaign slogan, pretty much cements him as the Trump of this universe. As he and his agents mount their attack, Tobias Whale plans to use their distraction to make an attack on their bunker. He plants a bomb inside of Lala and has him get apprehended by Proctor’s men. As he is being interrogated, the bomb goes off. As everyone is disoriented, Tobias, Syonide and Khalil, storm the bunker. What we learn here, is that in order for Tobias Whale to maintain his enhanced strength and extended youth, he has to periodically inject himself with a needle full of serum. That serum has now given him the strength of up to three men. While he does kill most of the agents in the bunker, Agent Procter escapes Tobias, but Tobias has what he wants, a brief case holding something mysteriously unseen by the viewer. Whatever’s in there, Tobias proclaims will make him King of Freeland My guess, it’s more of the serum that’s making him strong and age slower. Either way, it’s a great thread to pick up for next season of Black Lightning.

Even though Jefferson is awake and aware that rogue A.S.A gunmen are approaching, he is powerless, due to the short-circuit, but is determined to draw their fire, as his family escapes. Realizing that this is a suicide mission, Jennifer transfers some of her power to her father. Recharged Black Lightning and Thunder use their powers to plow through the gun toting agents as the rest of the family gets away in the van. This is the most cohesive fight sequence, featuring our two heroes working in unison. The slow-mo was used just the right amount, and the music choice worked perfectly. After escaping the cabin in the woods incident, the group tacks Martin Proctor to a secret bare bones facility, where they are holding the last few “Green Light” metahuman subjects. After using her electricity abilities to toss Proctor to the ground, Jennifer binds him in a lasso of electricity. When her father tells her to release him, Proctor begins threatening to turn them into the government. Gambi quickly shoots him, vowing he will never harm any children again. I was wrong about Jennifer. Everyone involved with bringing her character to life, took the character from an abysmal start, to a powerful finish. I’m actually looking forward to seeing more of her next season. While the character of Black Lightning tries to avoid killing, he doesn’t seem to bat an eye when Gambi does it. This makes me believe his stance on killing is situational based. Given the nature of this show, how grounded it tends to be, I’m okay with this approach.

Black Lightning had a great first season. Consistent, compelling, character driven and action packed. It belongs alongside it’s brethren of CW DC superhero shows that start strong. If I had to rank the debut seasons, compared with other first seasons, it would come second, behind Arrow, but ahead of The Flash. The thing about CW/DC Superhero shows, is they’ve all had better second seasons. How Black Lightning can top itself next season, I don’t know, but I’m anxious to see if it is up to the challenge.