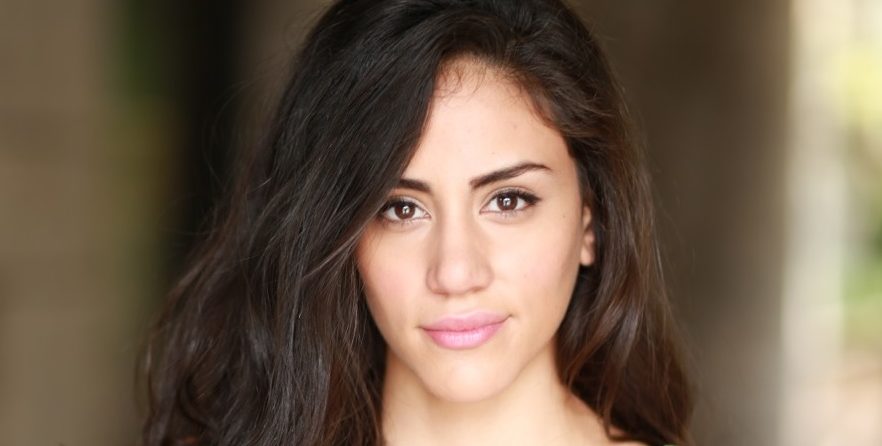 A few weeks ago, our Editor-in-Chief Mario-Francisco Robles had a chance to chat with Gotham star Camren Bicondova about her role as Selina Kyle, aka Catwoman. Now he’s had the chance to speak with Michelle Veintimilla who plays Bridgit Pike, aka Firefly, on the Fox series about classic Batman villains.

He was particularly enthused to chat with Veintimilla because of how monumental her casting on Gotham is. It marks the first time a latina actress has played a famous comic book villain like this, and- as the nephew of the late, great Elizabeth Peña- he has great respect for those kinds of boundaries being broken.

Check out his conversation with Veintimilla, and don’t miss Gotham on Fox tonight!

MFR: Your tenure on Gotham has been an interesting one, when you consider that you were introduced in Season 2, then were recast in Season 3, only to return to the role for Season 4. How did it feel to be back?

MV: [Laughs] It was just a scheduling conflict. I was shooting a different show and they were shooting those episodes so they just couldn’t really make it happen. But I think Camila [Perez] did a great job in the role. And it’s been so fun; Just pure candy fun being back. And it’s been so cool to see how the production value has been elevated since Season 2. Everyone welcomed me back with open arms and it’s just been so fun to be back with everybody. It was like just going back home.

MFR: That’s great to hear. I know that in early interviews, when you were first cast as Firefly- a villain traditionally depicted as a white guy- you said you received a sort of mixed response from fans. Do you feel like the fans have embraced you now?

MV: I think so. I don’t really have anybody being overtly upset with me, as far as I can tell. People seem to really be happy that she’s back. I was watching the episode [from two weeks ago], when the villains are all sitting at the table, and my friend was like “You’re the only lady representing at that table!” And I was like, “You’re right!” It’s so cool that that I am still pretty representative, being one of the only villains that are female in the whole Legion of Horribles.

MFR: I’m glad you mentioned that. I was just going to ask you about her status as a villain. Because in the series, at times she has seemed- perhaps- like a character that could be redeemed and has good in her heart, especially during some of her interactions with Selina. And at others she seems right at home with the other Horribles. Where do you think Bridgit’s heart lies?

MV: I think, since the beginning, Bridgit/Firefly has been struggling to find her allegiances. And sort of putting her trust in the wrong places, or not really knowing who she is, struggling with an identity crisis. It took a little while for her to come to fruition, and I think this is the season where it happens. You probably noticed it in a recent episode where she’s kind of bored letting the guys do all of the work. You know? Jerome goes around the table and assigns everybody a task and he kind of leaves Firefly out, and you notice that.

I think towards the end [of the season] you’ll notice that she’s going to start finding power in herself and not really relying on other people to validate her. And that’s really beautiful for me. It’s something that’s, like, “full circle” for her character because she started in the Narrows and had to count on herself. I think it’s going to come full circle.

MFR: Speaking of full circle. You’ve had a very unique dynamic with Selina over the course of the series. Do you think you two will ever circle back to one another and see eye to eye again?

MV: We’ll see. I hope so! I think I am waiting for them to reconnect, because they were very close in Season 2 and then…Firefly went kinda crazy [Laughs].

MFR: And do we think that Bridgit can come back to the light, or is she set in her ways at this point?

MV: I don’t think she’s set in her ways. I think she’s really young, and still trying to find herself. I think there’ll be a little bit more of a journey. She’s not just completely on the dark side yet. But this being Gotham, we know that anything can happen, and that’s exciting.

MFR: Being part of a DC show obviously means there’ll be lots of extra eyeballs on you and interest in you. I’m curious about what your interactions with fans have been like since you joined Gotham.

MV: It’s funny, because I live in New York City, and I still take the subway. So most of the encounters start with them giving me the stink eye, and it’s not because they’re mad at me. It’s because they’re confused, and sometimes they’ll approach me like, “You look like Firefly.” It’s funny. No one’s ever like, “You are Firefly!” It’s always “You look like Firefly.” And then I have to do the awkward thing: “I am Firefly.” [Laughs] And then they freak out!

MFR: That’s hilarious. I’ll leave you with one last question: If you were writing the show, where would you have Bridgit Pike go?

MV: If I were writing the show, I’d have Bridgit start her little Legion. And become the leader of her own story. You know? I feel like she’s been following a lot of other characters around, so if I were writing it I would do that.

MV: Oh yeah! I’m sure she might, but she also might want to forget about the past and start anew, you know?

Previous post HOMELAND Will Come To An End With Season 8

Next post RTF Reader Gets Christopher McQuarrie To Address Directing A SUPERMAN Movie!