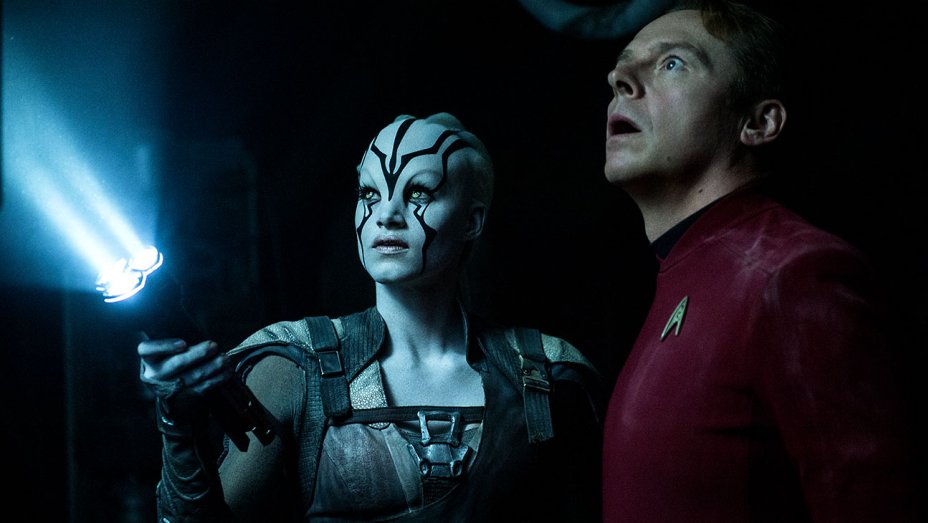 The news surrounding the next Star Trek movie has been fun to follow. It first started when Chris Hemsworth was rumored to return as Kirk’s father for Part 4 in what we assumed was going to be a time traveling adventure. Then there was word of several scripts being developed simultaneously. But the most interesting piece of news was Quentin Tarantino’s potential involvement.

All of that is well and good, but regardless of what happens, we know that nearly all of the cast from the first three movies since the 2009 reboot are returning thanks to Simon Pegg. He mentioned as much in an interview he did with The Quietus:

We all got this email the other day from J. J. Abrams just sort of saying, ‘um, oh guys, Quentin Tarantino came in the office and pitched this and we’re gonna think about it.’” Pegg starts to laugh. “We were like, what? People just assume, I think, because it’s Quentin that it will be R-rated but he is a massive Star Trek fan… who knows!” Does he have any plans to do another Star Trek himself? “I know we’re doing more. I’d love to – I love those guys. It’s, of course, difficult because we lost Anton [Yelchin] and moving forward without him still feels unimaginable.”

What Star Trek 4 will be is still up in the air, but it’s nice that you will see some familiar faces on screen for it, instead of say…James McAvoy as a young Captain Picard or something.

The rest of the stuff Pegg mentioned was known already. It was always assumed everyone was coming back, but this seems like the first time that it was really said out loud and by somebody who would definitely know for sure.

Abrams is still Executive Producer of the Star Trek film series through his company Bad Robot. I assume his involvement beyond that will be minimal, as he will be wholly focused on Star Wars: Episode IX. But he still seems to be trying to figure out what Star Trek 4 will be.

What do you want Star Trek 4 to be? Are you excited that the same cast is returning? Or is it time for The Next Generation?