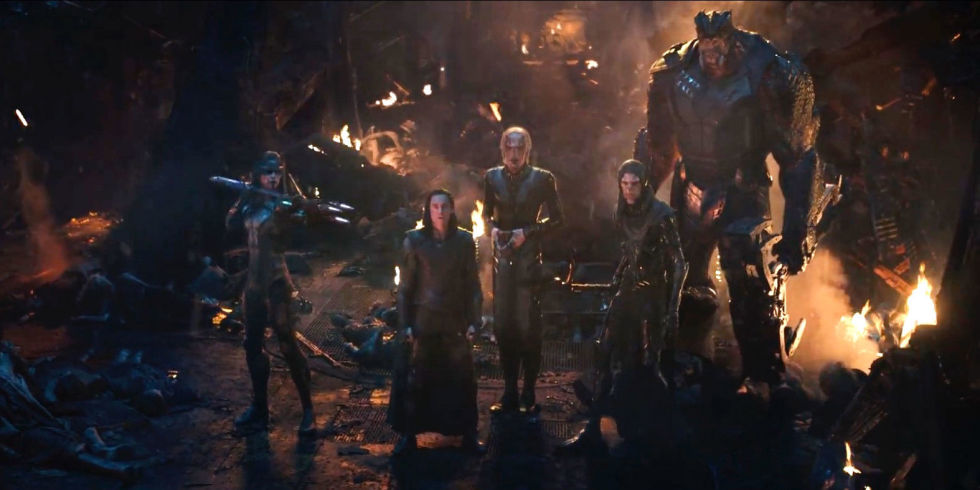 The identities of who would be playing the members of the Black Order in Avengers: Infinity War have been a pretty guarded secret…until now.

In an interview with the Radio Times, Infinity War directors Joe and Anthony Russo revealed that Carrie Coon (The Leftovers, Fargo) would be playing Proxima Midnight, Tom Vaughan-Lawlor (The Infiltrator, Becoming Jane) will play Ebony Maw and Terry Notary (Avatar, Planet of the Apes, The Hobbit trilogy) will play Cull Obsidian. The identity of who would play the group’s leader, Corvus Glaive, wasn’t revealed. All four characters were voiced and mo-capped by their respective actors.

In the comics, the Black Order are Thanos’ henchmen that help the Mad Titan recover the Infinity Stones. In what footage we’ve seen of the Black Order so far, they look like they’ll be a major challenge for Earth’s Mightest Heroes to overcome.

While it’s cool to finally know who will be playing three of the members of the Black Order, it’s interesting that the Russos didn’t give away who would be playing Corvus Glaive.

Knowing how close to the chest the Russos are keeping many details about Infinity War, fans may have to wait a week to know who’s playing Glaive.

Next post Is a Major X-Men Villain Set to Appear in DEADPOOL 2?