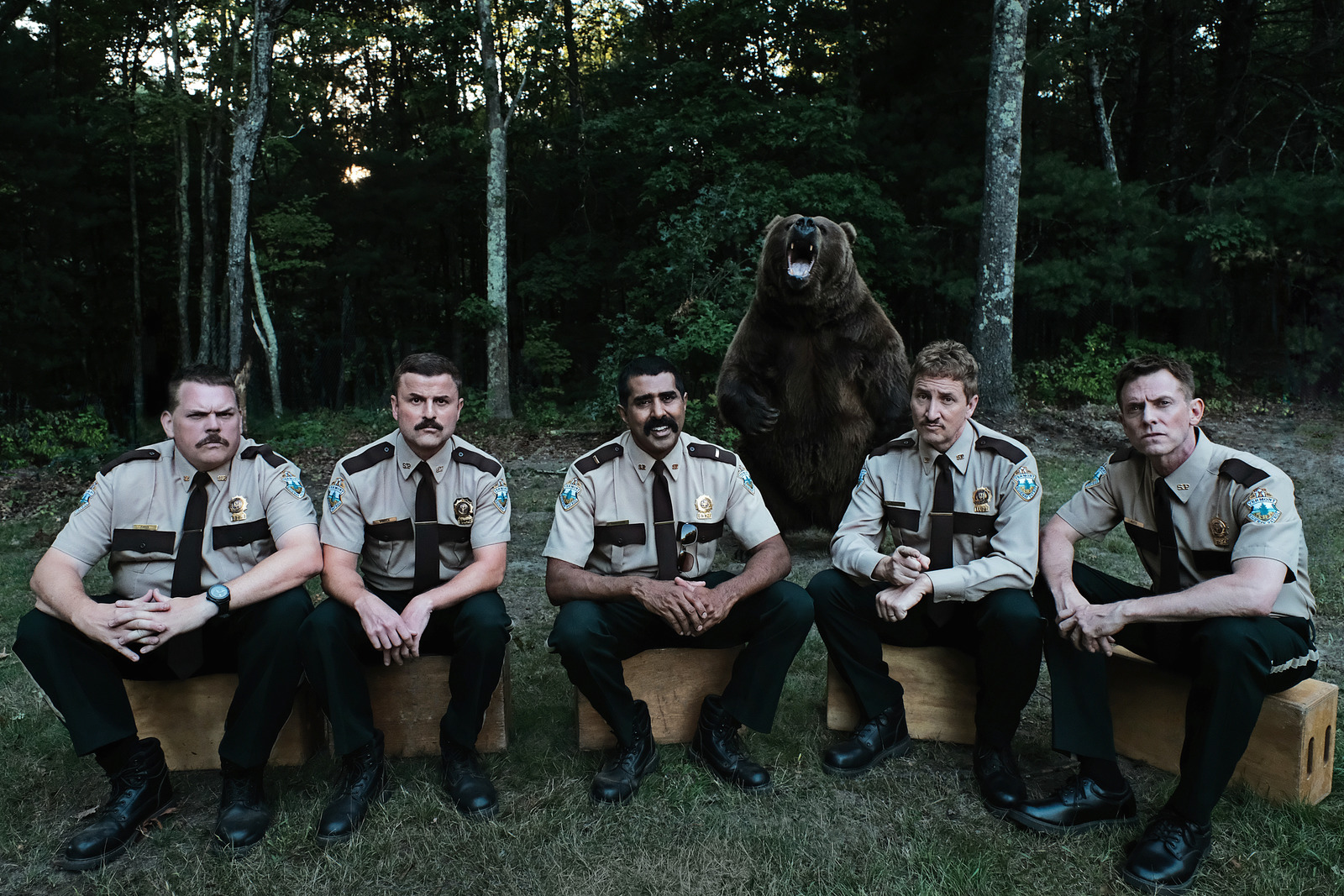 What’s up, South Florida?! Are you ready to see an advance screening of SUPER TROOPERS 2?

Revenge Of The Fans is hooking you up but passes are limited, and once they’re gone, they’re gone. Get your free SUPER TROOPERS 2 tickets by clicking HERE.

Make sure to come by and say hi!

Everyone’s favorite law enforcement team is back by popular demand with the long anticipated follow up to the cult comedy classic…SUPER TROOPERS. When an international border dispute arises between the U.S. and Canada, the Super Troopers- Mac, Thorny, Foster, Rabbit and Farva, are called in to set up a new Highway Patrol station in the disputed area. Unconventional police work follows, and the result is…SUPER TROOPERS 2.

As most of you know, the sequel reunites the whole squad; Thorny (Jay Chandrasekhar), Foster (Paul Soter), Mac (Steve Lemme), Rabbit (Erik Stolhanske), and Farva (Kevin Heffernan) are all back for more antics, along with Captain John O’Hagen (Brian Cox) and Officer Ursula Hanson (Marisa Coughlan). The Indiegogo-funded sequel finds the troopers in the midst of a border dispute between Canada and the U.S., putting the Highway Patrol team on duty north of the border where cultures clash and moose-fucking jokes ensue.

NO PURCHASE NECESSARY. While supplies last. Employees of all promotional partners and their agencies are not eligible. Void where prohibited. Seating is first-come, first-serve basis. SEATING IS LIMITED, SO ARRIVE EARLY. PASS DOES NOT GUARANTEE A SEAT AT THE SCREENING.