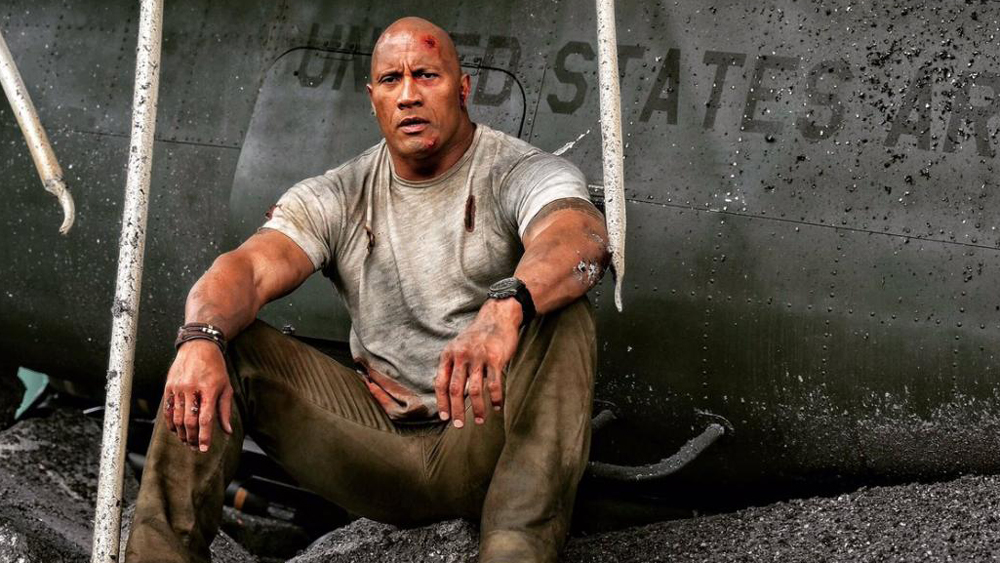 This weekend at the box office will prove quite interesting as there are several elements in play. There’s a big-budget video game adaptation with a mega-watt star at its center in Rampage; There’s another micro-budget, high-budget film coming from the Blumhouse horror hit machine in Truth or Dare; There’s an indie darling in the form of Wes Anderson’s Isle of Dogs; And there are some over-performing holdovers to factor in, with Ready Player One and A Quiet Place still vying for eyeballs as the positive buzz for each looks to keep both films in this week’s Top 5.

So let’s see how this should all shake out, shall we?

Rampage is looking at a strong weekend, especially when compared to other recent blockbusters based on video games. Tomb Raider opened to a decent $23.6M, Resident Evil: The Final Chapter opened to an okay-for-its-budget $13.6M, and the $125M Assassin’s Creed premiered to a miserable $10.2M. Rampage, on the other hand, is looking at a weekend ranging from $34M to $40M according to industry analysts. Heck, that means it could even top Dwayne Johnson’s most recent success story Jumanji: Welcome To The Jungle, which opened to $36.1M and would go on to become Sony’s top domestic earner of all time with a staggering stateside haul of $403.7M ($950M worldwide).

So this bodes well, right?

Despite that strong start, we should not expect Rampage to go down the same path as Jumanji, for a number of reasons. For starters, the buzz isn’t as good. While Jumanji proved itself to be a crowd-pleasing romp with a Rotten Tomatoes score of 76%, Rampage currently sits at a decidedly more mixed 54% on the review aggregator. Also, it’s being released into a much more crowded landscape. While Jumanji was given a fairly wide open berth that began during the holiday season and led into the traditionally quiet winter months of January and February, Rampage is staring straight down the barrel of Marvel Studios Avengers: Infinity War– which is only two weeks away.

And things won’t get any easier from there, with Deadpool 2 and Solo: A Star Wars Story arriving in May.

That means that this film, unlike Jumanji, will rely much more on the international market to be considered a success story. Mind you, it looks like it’ll be profitable and another notch on Johnson’s belt, but it’s going to pale in comparison to Welcome To The Jungle.

While Blumhouse probably initially thought it’d have another huge debut with Truth or Dare, thanks to its recent track record with these easy-to-sell, cheap-to-produce horror movies, they- like the rest of the industry- likely didn’t see A Quiet Place coming. The John Krasinski film stormed through the gates last week with an insane $50M opening, and with this being a Friday the 13th weekend- something traditionally linked to scary, spooky events- horror movie fans are probably going to want to see what all the fuss is about.

Box Office Mojo thinks the film could go as high as $32.5M, which would mean it only cools 35-40% in its second frame. Heck, if it over-performs like it did last weekend and Rampage somehow stumbles, there’s a small chance A Quiet Place takes the top spot for a second weekend!

I’m pretty much alone here. No one else I’ve seen has Ready Player One taking third place this weekend, but I honestly think it can pull it off, and here’s why…

I have a feeling that A Quiet Place is going to take a bigger bite than most are expecting from Truth or Dare‘s target audience, especially when you consider the Blumhouse feature is at a gross 18% on Rotten Tomatoes. If you’re a horror fan, which scary movie are you going to see? Something with that kind of terrible buzz, or the sensation that is A Quiet Place? Meanwhile, Ready Player One doesn’t really have any competition. Despite the fact that Rampage is based on a video game, the two movies couldn’t seem more different, and are targeted at different demographics.

I’ve already said plenty about this film, but- to recap- with trash reviews and another horror film terrorizing the box office at the same time, I expect Truth or Dare to land in fourth place, and on the lower end of its projections. Maybe $12M-$14M. And the funny thing is: Blumhouse would still be a big winner!

That’s the beauty of their approach. Their movies are made so inexpensively, that even a so-so opening tends to mean it’s turned a profit in mere days. Truth or Dare is reported to have cost only $3.5M!!

The adult comedy Blockers is expected to stay in the Top 5 this week, and I can’t argue with that. While critics love it (83%) more than audiences do (B CinemaScore), it’s expected that the film will suffer a very mild drop in its second weekend. The film opened to a very strong-for-its-budget $20.5M last weekend, and analysts have it going as high as $12M this time around.

Also working in the favor of this modestly-budgeted $21M movie? It stands completely alone in the marketplace. With Game Night already mostly out of theaters, there are no other adult comedies competing for screens, making Blockers the ultimate piece of counter-programming. Don’t feel like a horror movie, or an effects-heavy action blockbuster? Then Blockers is going to be calling your name big time.

Wes Anderson’s Isle of Dogs will also carry the mantle of “Counter-Programming,” with its off-beat, stop-motion animated, indie sensibilities. And it’s got great reviews (92% on RT). But with a “wide release” of only 1,939 screens- compared to the 3,000 to 4,000 screens the other films in the marketplace are getting- Isle of Dogs is looking at a single-digit million premiere of just $5M.

Which is fine, by the way.

Anderson’s movies are never costly, and they’re always built to last. This thing will probably quietly play to the adult marketplace for the next two to three months, and has already made $19M worldwide in limited release.

So there’s the official Revenge of The Fans prediction for this weekend’s Top 5 at the Box Office for the weekend April 13-15. Be sure to come back next week to see how it all played out!

If you’ve got any questions, comments, or predictions of your own, be sure to leave them in the Comments below.