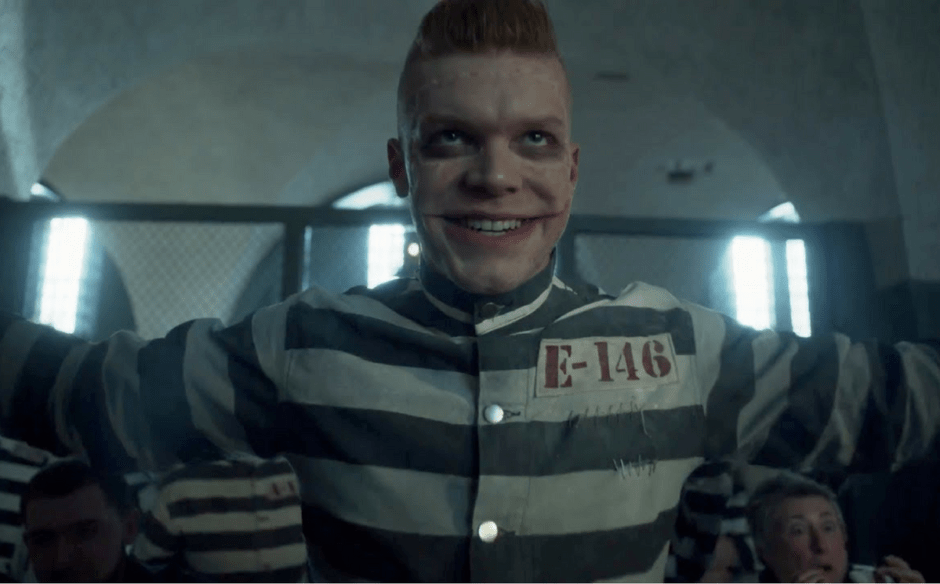 The following article contains spoilers for last night’s Gotham. You have been warned.

Throughout the last four seasons we have seen the origins of many of Batman’s rogues gallery, except for his arch-nemesis, The Joker.

The closest character to the Joker has been Cameron Monaghan’s Jerome Valeska, who fully embodied the Clown Prince of Crime, from his manic laugh to his permanent grin. While the cast and crew of Gotham have been very clear that Jerome was more of a “prototype Joker,” fans have rallied around Jerome and proclaimed him as this universe’s Joker.

That all changed in last night’s episode – “That’s Entertainment” – when Jerome was finally killed off. However, at the end of the episode, Jerome’s twin brother, Jeremiah, is mourning his brother’s death when he notices a package. That package was a jack-in-the-box, which sprays a gas in Jeremiah’s face, while a pre-recorded message from Jerome plays telling him to continue his mission of spreading anarchy across Gotham City. While the message is playing, Jeremiah’s face turns chalky white and has a giant grin. Thus, Gotham’s Joker is born.

Many fans have speculated in recent weeks that there was a possibility that Jeremiah would become the Joker, but the way it’s handled in this episode is really well done.

While some fans may be disappointed to see Jerome go, to have the Joker officially in play in Gotham City should add another headache to Jim Gordon and company and give folks who had given up on the series early on a reason to catch up.

What did you guys think of the Joker’s official introduction on Gotham?