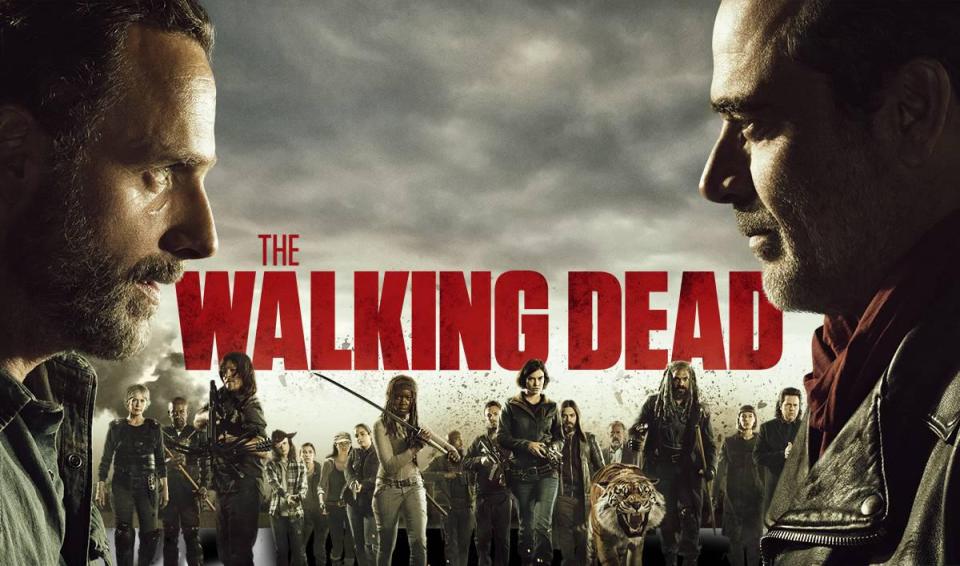 The forthcoming season eight finale of AMC’s The Walking Dead will signal the end of an era in many ways.

In an interview with EW, showrunner Scott M. Gimble said that this Sunday’s finale – “Wrath” – will not only be his last as the series’ showrunner – Gimble will be replaced by Angela King –  but it’ll also wrap up many of the show’s arcs, leaving season nine with a clean slate.

I was there, and it was an intense vibe. It was a very hard season. And kind of everybody is in this episode. It was just intense. People were pretty to the limit this year emotionally. Also, this episode isn’t just like these 15 episodes coming to a conclusion, but Angela and myself and the writers had always talked about this in many ways being sort of the conclusion of the first eight seasons. This show will be very much a new show next year and with a bigger, new narrative.

The change in direction couldn’t have come at a better time. The Walking Dead has seen a sharp dip in ratings the last few years and fans have become angry or disinterested thanks to creative decisions.

While it’s still one of the highest rated shows on television, a change in direction for The Walking Dead is certainly needed for the show to continue and season nine may be the show’s best chance at reclaiming lost fans.

The season finale of The Walking Dead will air this Sunday at 9 p.m. EST on AMC.

Next post Warner Bros. Has Just Released The New Trailer For OCEAN’S 8