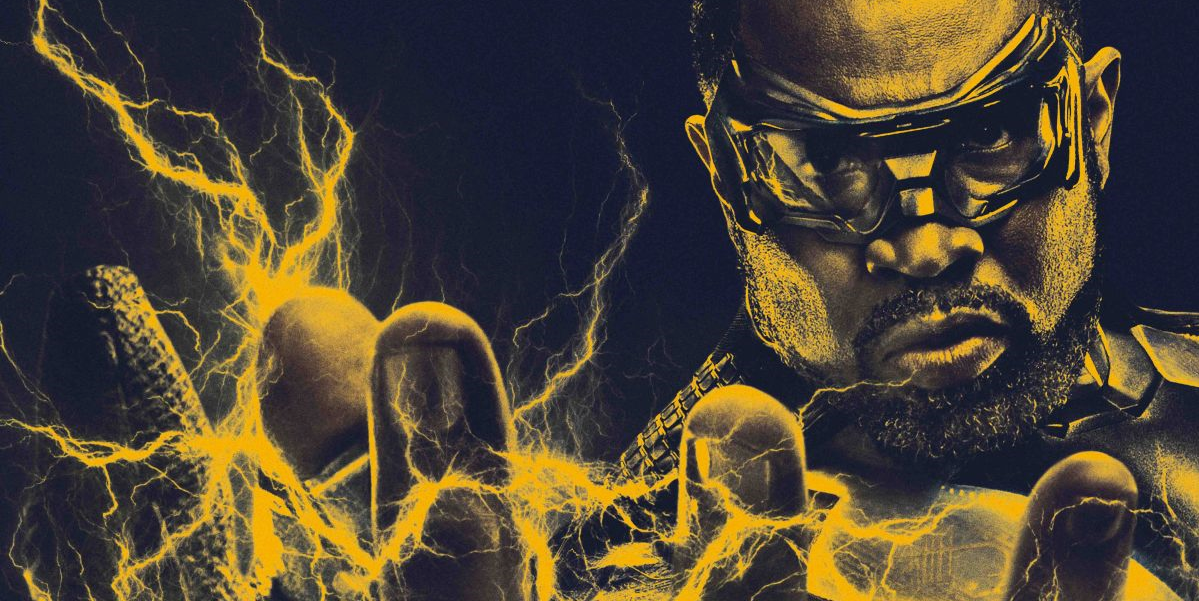 “Tobias (Marvin Jones III) returns to Freeland. He is tasked to capture – not kill – Black Lightning (Cress Williams) with the help of an unexpected source. After a battle of epic proportions, Anissa (Nafessa Williams) and Jennifer (China Anne McClain) provide surprising aid.” (The CW)

With the return of the big bad of Season 1 of Black Lightning, things just got real! As soon as he’s healthy enough, Tobias Whale heads to the A.S.A’s secret headquarters, where he is handed Lady Eve’s position within the organization. He is then told the next phase of the plan, which is to capture Black Lightning and bring him in alive. Now I would’ve thought that they wanted him dead. Their reasoning for keeping him alive ties into their larger plan. Most of the Green Light metahumans end up dead, yet Jefferson, who was exposed to this drug decades ago, has survived and thrived. So they want to test him and figure out why, also hoping to replicate it in the metahumans they have in stasis. This makes perfect sense, with all we’ve seen in the series so far. In retrospect, I’m kicking myself for not connecting all the dots, to the A.S.A’s plan. Having lost faith in Tobias, given his last defeat, they pair him with Khalil, Jennifer’s ex boyfriend. When we last saw him, he was confined to a wheelchair, after a stray bullet hit him in a drive by shooting. The ASA has given him a metallic spinal implant, which grants him the ability to walk, as well as enhanced agility and strength. His metallic implant looks similar to the one given to Doc Ock in Spider-Man 2, minus the extra arms of course!

When Khalil came back, I thought the character of Jennifer was going to revert back to her annoying ways, like in early episodes of Black Lightning. It seemed to be heading in that direction, especially with her insistence on seeing him, despite her father’s warnings, and the fact that her mother was exploring potential ways to supress her metahuman gene. Thankfully though, her only interest in seeing Khalil is to make sure he is okay. Physically he is, but mentally he is being manipulated into serving Tobias Whale’s agenda. Remember last week, when I said, if they intended to make Jennifer a superhero, she would need to come to that on her own and it would likely be a life altering moment that caused it? Well, this episode provides her that moment. Tobias and Khalil attack Freeland High School, in the hopes of drawing out Black Lightning. Seeing Khalil and Tobias attack that school was very chilling. Sure, they were using metahuman abilities and not guns, but seeing the students running in fear and shock out of the school, does call to mind the real life school shootings and attacks, we’ve been hearing about far to often lately.

The plan worked, and what ensues is the best fight sequence in Black Lightning series history. We have Black Lightning in a fight with Tobias and Khalil, while Thunder faces off with Tobias’ right hand woman Syonide. The fights were the most brutal of the series. The tag team of Tobias and Khalil, actually has our hero in peril. Tobias short circuits his power, while Khalil hits him with a tranquilizer dart, before landing a super powered punch that stops his hart. If it wasn’t for Thunder intervening and running them off, they surely would of finished the job. After seeing her father “dead” on the floor, Jennifer steps up and summons electricity of her own, zapping Black Lightning several times, jump starting his heart. I really enjoyed how the scene cut back and forth between Syonide’s fight with Thunder, and Black Lightning’s fight with Tobias and Khalil. Seeing Syonide let loose as a gun toting maniac assassin, made her look like a cross between Lex Luthor’s bodyguard Mercy Graves, and a character out of Machete Kills.

You knew a show titled Black Lightning wasn’t going to kill off it’s main character. Leaving him severely incapacitated, coupled with Tobias making plans to double cross the A.S.A and truly take control of Freeland, has me wondering where the season finale is going to go. I do know CW shows put their best foot forward for their season premiere’s and finales, so given how good this episode was, I’m expecting something amazing to come.

Previous post Jake Gyllenhaal Says He Won’t Be The Next Batman, Could A Casting Announcement Be Coming Soon?

Next post Following The Success of A QUIET PLACE, John Krasinski Is Developing A Sci-Fi Thriller Set On Mars!