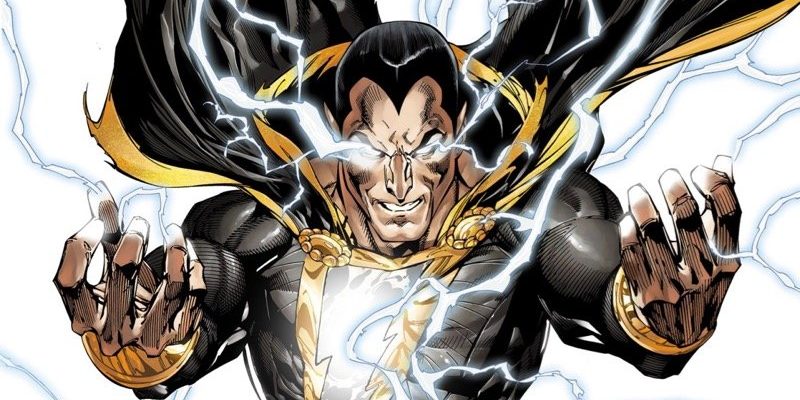 Way back in 2014, Dwayne “The Rock” Johnson took to social media to announce that he would portray Black Adam on the big screen.

"Kneel at his feet or get crushed by his boot." My honor to become.. #BlackAdam #TheAntiHero #DCComics pic.twitter.com/Qk55eNf3R7

Since then – we’ve seen exactly zero of Black Adam on the big screen. But now a Shazam! movie is happening, and people expected him to be the villain there. That doesn’t seem to be happening now after a script retooling, however.

So when can we expect to see him, in what seems like is going to be his own anti-hero movie? Johnson talked to Yahoo about the status of Black Adam while out promoting this week’s big release of Rampage. Here’s what he said:

“The script came in, it’s great. We’re working on it. I’m very excited about it. If things come together in the way we anticipate them coming together, that feels like a 2019 movie — in production.”

He seems really cognizant of wanting to nail the tone, and wants to please the fans of comic book version of the character too. Within all of that, he manages to compliment Marvel and DC too.

Johnson is confident it will happen soon, saying they could be going into production in 2019. Having all this time boils down to one thing:

If they can pull that off, fans should be happy. And while there have been doubts in the past about whether or not the Black Adam movie will connect to the rest of the DC Cinematic Universe, Johnson heavily implies that the project has ties to the rest of the universe.

“Also we have intrinsic DNA tied to a lot of other properties in DC.”

So, it seems the project is gaining steam and gearing up to enter production some time next year.

Are you still excited to see a Black Adam movie, or would you rather of had them test the waters in Shazam?

One thought on “Dwayne Johnson Says 2019 Could (FINALLY!) Be The Year of BLACK ADAM!”