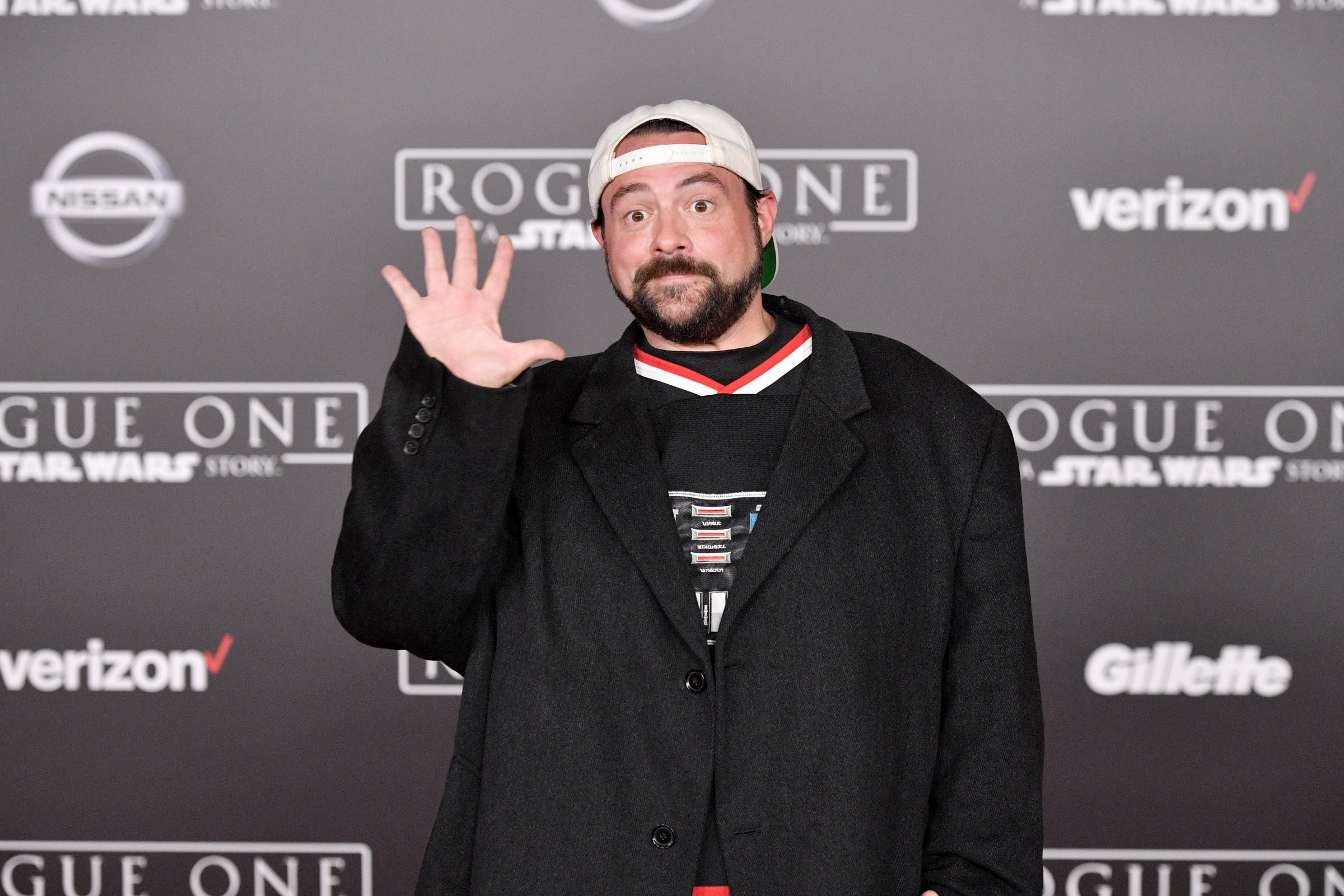 Full disclosure: I am a huge Kevin Smith fan. I was devastated when he had a massive heart attack, almost ending his life. His podcasts bring some much needed joy into my life and keep me out of a dark place. I enjoy his earlier films as well.

The heart attack happened in between the two shows that he was filming for a stand up special. The special, which is now appropriately titled Silent, But Deadly, will air on Showtime on May 11th. You can see his Facebook post below announcing the details.

If you want to hear a first hand account of what happened – while he was still in the hospital – you can watch Kevin Smith himself recount it below.

I am looking forward to seeing the special, and hope it gets the ball rolling on Jay and Silent Bob Reboot that he has been teasing for a year or so now.

But if you want more Kevin Smith, watch The Flash tonight on The CW. It is the third episode he has directed, and even appears in it with Jason Mewes as a security guard!

Silent, But Deadly premieres on Friday, May 11 at 9 PM ET/PT only on Showtime. It sounds like it’s going to be a can’t-miss event for fans of Kevin Smith, stand-up comedy, and movies.

Next post Fan Catches A Big Error in STAR WARS: THE LAST JEDI