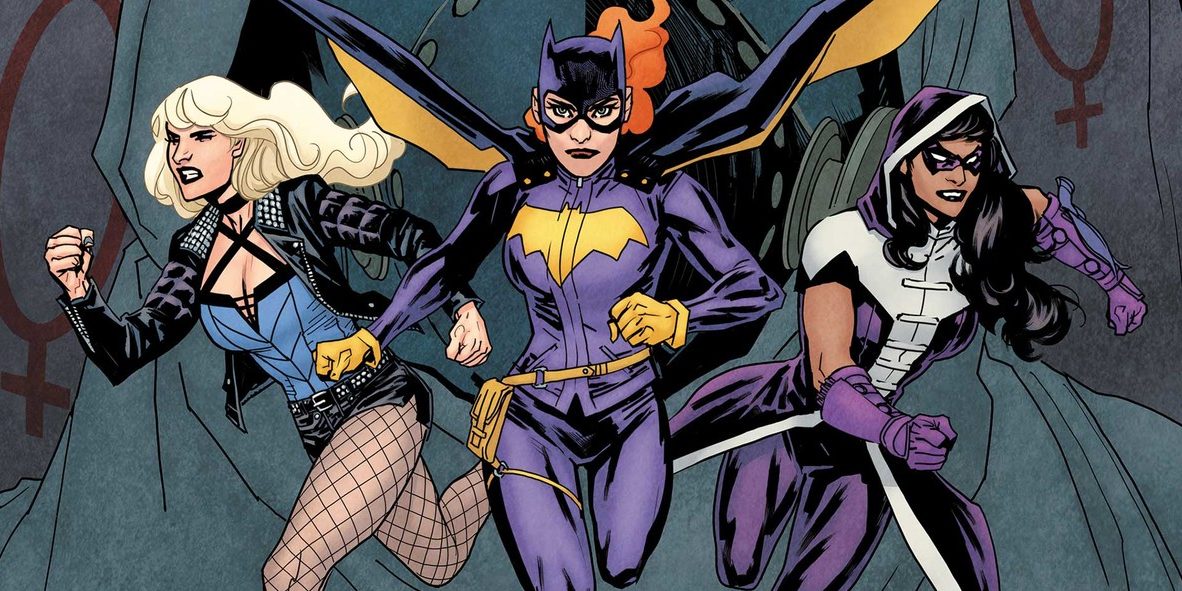 This is a tricky story to cover, because there are a few very interesting elements at play. But let’s start with the facts, and then see where we end up: Batgirl appears be back on over at Warner Bros., as they’ve hired Christina Hodson to write the film. This comes just about two months after writer-director Joss Whedon exited the project citing that he simply couldn’t crack the story.

While her biggest profile project to date is the upcoming Transformers spin-off, Bumblebee, Hodson may have landed the role because of another DCU project featuring Batgirl. That would be a little movie called Birds of Prey which, depending on who you speak to, has either dropped off the face of the earth or is in such good shape that they’re currently looking for a director for the project.

Indeed, even The Hollywood Reporter- which broke the story that Hodson had landed the Batgirl job- is somewhat vague when it comes to discussing Birds of Prey. Rather than draw a direct line between the two projects and point to the fact that it’s her work there that got the studio excited enough to give her a standalone Batgirl movie, they simply say “Hodson has already written the Batgirl character, having helped to develop a feature project based on the all-female crime-fighting group Birds of Prey.”

While most of the internet has forgotten that a Birds of Prey movie was even a thing, Umberto Gonzalez of The Wrap is adamant that the film is still on. When I speculated that Hodson getting moved over to this project could mean that Birds of Prey didn’t survive the DC Project Battle Royale that I’ve extensively covered before, he replied with this:

Inaccurate. Hodson knocked the BOP draft out of the park, hence why she got Batgirl and BOP is out to directors as next Harley Quinn project. Project is not dead whatsoever but a priority.

“El Mayimbe” and I used to work together over at Latino-Review, so I’m going to put some stock in his words here. It’s strange to me that this project is suddenly a “priority,” when no one’s heard a thing about it in so long, but Umberto must’ve heard something really concrete if he’s taking such a hardline stance on it.

And what does this mean for other projects that have been getting kicked around for a while that feature similar characters? Remember, Birds of Prey first came on everyone’s radar as a vehicle for Margot Robbie’s Harley Quinn. It was one of several Harley-related projects that began floating around after Suicide Squad. There was that one, Suicide Squad 2, a Joker/Harley movie, and Gotham City Sirens.

At this time, it remains to be seen whether or not all, or some, of these projects ever see the light of day. As I’ve reported in the past, Warner Bros. likes to pit competing, similar projects against one another and then produce the one that comes together the best. My gut tells me Suicide Squad 2 is definitely coming, and that only one of those other three Harley projects is getting made. But we’ll have to see.

For now, let’s just enjoy the fact that Batgirl has taken a step forward after disappearing into limbo post-Whedon. And let’s also enjoy that this was all made possible by the recent meetings between Matt Reeves and WB/DC going very well. In recent weeks/months, there was some concern that Reeves was going to exit The Batman when, in reality, the studio just needed to get on the same page with the director in order to figure out how to proceed with other Bat-related projects.

The fact that the studio is now kicking the tires on Batgirl again is further evidence that those talks went well, and that they’re ready to continue developing other projects that compliment what Reeves is working on.

We may not get any conclusive updates about any of this until Warner Bros. and DC Entertainment finally launches that official news show they told me about several months ago. With that direct DC news outlet they hope to control the narrative and clear up any confusion about their upcoming projects. They’d better get on that quick, because their slate of films that are in some stage of development is starting to look really packed again and fans wants to know definitively what’s going on.

What do you guys think of this news and what it could mean for other DCU movies related to the Batman mythos?

2 thoughts on “BATGIRL Nabs BIRDS OF PREY Writer, And What That Could Mean For Other Bat Projects”