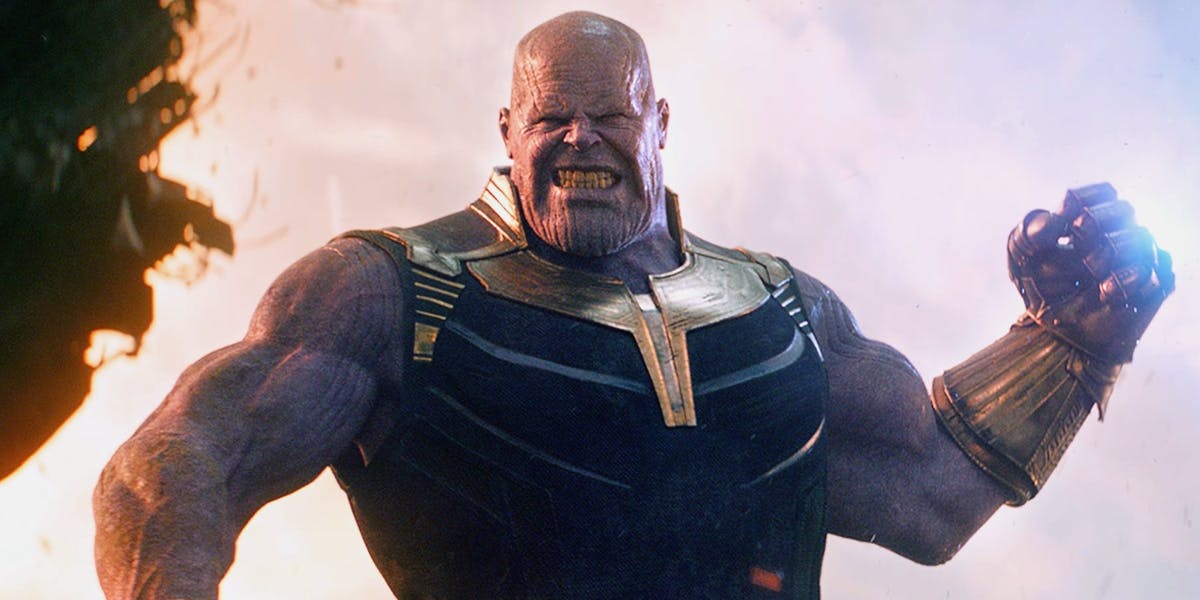 Ever since his first appearance in the post-credits of 2012’s The Avengers, fans have been greatly anticipating the arrival of Thanos.

Thanos has appeared in small doses in the last five years, but he will finally have his day in the upcoming Avengers: Infinity War. The story will involve Thanos traveling the universe in search of the Infinity Stones, but, as co-director Joe Russo explained to The Telegraph India, there’s more to the Mad Titan than just looking for the stones.

Thanos is this virtually indestructible character who’s stronger than the Hulk, and has invincible skin. He’s from a planet called Titan. Many years prior to the film his planet was experiencing a cataclysmic shift. They were running out of resources, and they were overpopulated. Thanos made a recommendation that they exterminate half the population randomly in order to save the rest of the population. Of course, the Titans rejected his notion, branded him a mad man, exiled him, and the planet ended up dying. So he has taken it upon himself to go planet-by-planet throughout the universe and wipe out half of the population of each planet as a way to correct the planet and bring it back into balance.

Once he hears about the stones, he realises that if he can get hold of all of the Infinity Stones he can control the entire universe. With the snap of his fingers he could correct the universe permanently by removing 50 per cent of life from it. So, these are incredible stakes for our characters. If the Avengers were built for anything, it’s for stopping Thanos from completing his goal.

To play Thanos, the Russo Brothers had to find an actor who could be intimidating, but also portray the complexity of the character. Enter Josh Brolin, whom Anthony Russo said was the right guy to pull off Thanos.

He’s such an amazing performer and so uniquely suited to Thanos. What we were looking for in the character of Thanos is the strongest, most intimidating figure in the universe. While at the same time we wanted to tell a story about a character with a really complex and empathetic interior life. There are not a lot of actors that can give you both of those things. Josh Brolin is perhaps the best example that you can find where you have somebody who has a physical presence and brings that level of intensity and threat, while at the same time having another layer always at work underneath that, which is a very complex inner life and a lot of emotional depth and texture.

It seems the Russos definitely have something special with Brolin as Thanos. With all the build-up to the Mad Titan’s appearance, the wait for Thanos may be really worth it.
Avengers: Infinity War hits theaters on April 27.
Are you guys excited for Brolin as Thanos? Let me know in the comments below!
Source: Telegraph India