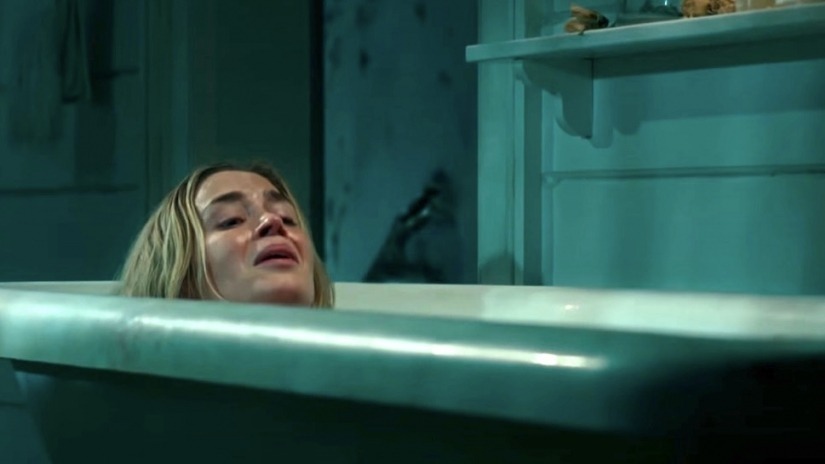 WARNING: This Post Contains *SPOILERS* For A Quiet Place

If you’ve seen A Quiet Place, then you’re probably aware of one of the most tense sequences in recent horror movie history. It involves Emily Blunt’s character going into labor while being hunted down by an alien creature that is hyper-sensitive to sound. The sequence has many levels to it as it progresses from moment to moment, with the threat-level escalating at every turn. Blunt has revealed the very emotionally-taxing way they shot the sequence.

Ordinarily, films are shot out of sequence and then pieced together in the editing room. That’s especially true when it comes to very tricky, intense sequences. Sometimes the reasons are practical, like when a production only has access to a particular location for a limited time so they shoot every scene that takes place there in one truncated period, and sometimes it’s out of fairness for the actors. If you have a key scene that’s going to be really hard on your actors, you may shoot it in small chunks throughout the course of the production.

According to Blunt, she asked A Quiet Place‘s director John Krasinski- who happens to be her husband- to shoot the entire sequence in order, over the course of a single week, chronologically. Here’s what she told CinemaBlend:

“The giving birth sequence was pretty brutal. It was just really intense, and kind of exhausting at times. We shot it over the course of a week, and I asked John to schedule it. He was like, ‘Are you going to be exhausted? Do you want to break it up in the schedule or do you want to shoot it all in one go?’ So, I just maybe stupidly said ‘Let’s just shoot it all in one go because then you can get a real sense of the progression of the birth and the throughline of that so that really played out in real time.’ So we shot it actually in sequence. The whole thing.”

If you’ll recall, the sequence had many levels to it.

That’s a lot to go through for an actor, and to shoot it consecutively takes a lot of guts. Having been on film sets with actors when they have to shoot really grueling, emotionally-taxing sequences involving life and death, I can tell you that this is not an easy thing to do. Blunt’s a trooper for requesting this.

But at least you can’t argue that the results weren’t fantastic. That scene was tense, gripping, and utterly terrifying.

A Quiet Place is in theaters everywhere.

2 thoughts on “A QUIET PLACE: Emily Blunt Reveals The Unorthodox Way They Shot The Most Harrowing Sequence”