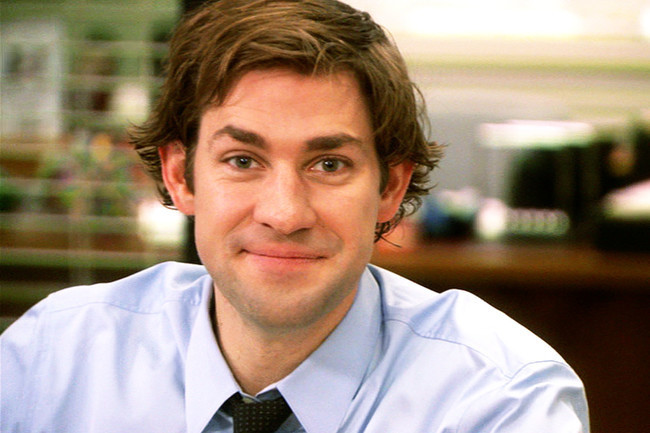 With the recent talk of NBC possibly reviving The Office, the assumption has been that the cast would primarily have to be made up of new faces. With series stars like Steve Carell, Jenna Fischer, John Krasinski, Rainn Wilson, and Ed Helms all busy with other projects, it seemed like a long shot any of them would be down to return. Krasinski, in particular, seemed like an impossibility since he’s starring in his own Amazon Series (Tom Clancy’s Jack Ryan) and is about to make a huge splash as a writer and director with A Quiet Place.

But when IGN caught up with Krasinski to talk about his current horror hit, the topic of a The Office revival came up and you may be surprised by the actor’s stance on it.

“I’ve talked about it a bunch. I love the idea of coming back together [but] I think it’d be impossible to get us all together to do a run of the series. But [British shows] have the Christmas specials.”

It’s true, of course, that British TV shows have holiday reunion specials every so often. In fact, the original BBC version of The Office with Ricky Gervais did a two-parter like that back in 2003. Doing something like this would also make it more likely that NBC could snag the other big name stars.

“That is such a brilliant thing in television programming, to do a once-a-year sort of check-in with your favorite shows. I absolutely think we should do that, and I don’t know why more shows don’t do that. Hey America! We need to do Christmas specials.”

It’s unlikely NBC would go for this, as they’re probably looking at other recent revivals like the current smash Roseanne, and their own Will & Grace, which- essentially- just relaunched their respective series with full on new seasons, but it’s still a cool idea. Beyond that, it’s also just great to hear that Krasinski would be down to reprise Jim Halpert.

“Those people are absolutely my family. It’s not some sentimental, bogus [BS]. It’s true. They are the people that I started in this business [with]. Every cool opportunity I’ve gotten is from that show. I feel so lucky to have been on that show, I’d love to go back.”

Here’s hoping they can work something like this in there.

(That’s what she said)

Next post RTF Review: ‘MFR Says A QUIET PLACE Is A Tense, Can’t-Miss Master Work That Packs An Emotional Wallop’