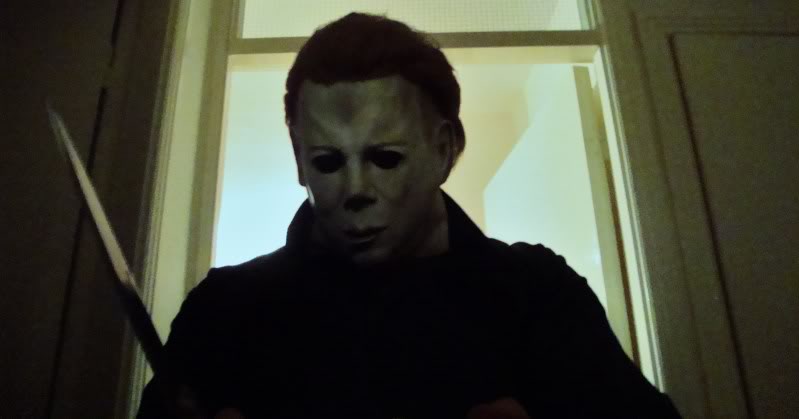 You can’t have Michael Myers without his trademark William Shatner mask, even if the mask may not be in the same shape it was in 1978.

In an interview with Halloween Daily News, special effects make-up artist Christopher Nelson revealed that the mask that Myers wears in the upcoming Halloween sequel will be the same one he wore during his original rampage in 1978.

The film takes place 40 years later, so you’re not going to have that same mask, it’s not going to be this pristine, beautiful thing that it was in 1978. You have to approach it from that standpoint. I had 40-year-old masks that I studied and looked at how they broke down, how they wrinkled, how they did this and how they did that. I also took into account the context of the film. Where is the mask now and where has it been for these 40 years? Without revealing anything, I took that into context. I had hundreds of photos and books.

Seeing a weathered version of Myers’ mask isn’t really a new prospect as Rob Zombie had done something similar in Halloween 2. The idea of Myers wearing a 40 year-old mask in the next film will be an interesting sight.

However, it does bring up the question of what Myers had been doing in the 40 years since the original killing spree in John Carpenter’s Halloween, as this film is set to ignore the sequels. While we don’t have an idea of what the plot for Halloween 2018 is yet, we should see soon enough what Myers has in store for Jamie Lee Curtis’ Laurie Strode and her family.

Halloween is set to release on October 19.

Previous post RUMOR: JUSTICE LEAGUE DARK to Feature an Appearance from the Shadowpact?