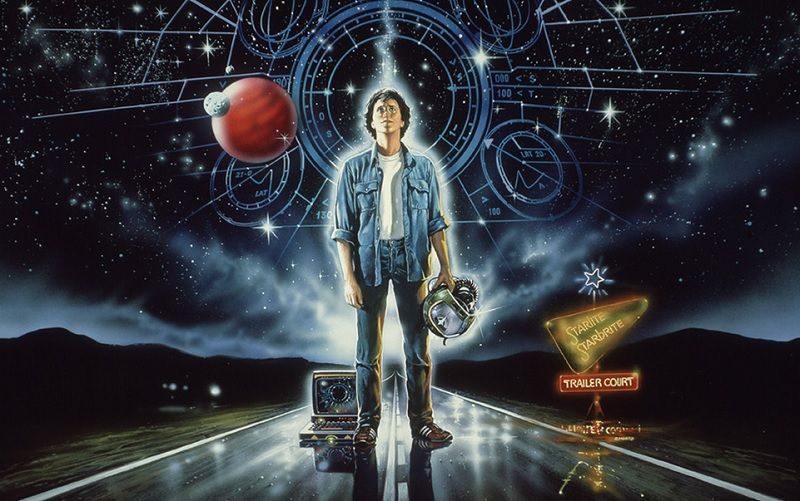 One of the men responsible for bringing Rogue One: A Star Wars Story to your screen is Gary Whitta. His next task will be bringing another sci-fi adventure to a theater near you: The Last Starfighter, as he revealed on Twitter.

Okay, probably shouldn’t show you this so early but here’s a little something I’ve been tinkering on with my co-writer Jonathan Betuel. You might recognize the ships. Thanks to the amazing Matt Allsopp (lead concept artist on ROGUE ONE) for creating these images for us. pic.twitter.com/CIobLYYRHk

While talking with io9, Whitta provided some details on the project, like why now was the perfect time to bring it back.

“The simple answer to that is Jonathan Betuel. Jon created and wrote the original movie, it was all his idea, a spec script he wrote while he was working as a waiter in Hollywood in the early ’80s. There was a whole bidding war over that script. In all the years hence, whenever I’ve brought up the idea of a Starfighter reboot in meetings, people would always convey excitement and then say that it’s impossible because the rights are a mess. It’s true that it’s not simple, but part of the key to it is, as I understand it (and I’m not a lawyer), Jon still retains some piece of ownership of the original IP, so no one can make a new movie without his participation. I happened to track Jon down, and after I was done pestering him with all my fanboy questions about the original film we started to talk about what a new version might look like. Since then we’ve spent so many hours working on it I’ve long since lost count, but right now we have a fully developed story that is a combination of reboot and sequel that we both think honors the legacy of the original film while passing the torch to a new generation. We’re both very excited about it creatively.”

I’ll be honest – I’ve never seen the original film. I will make an effort to seek it out now though. This sounds like a property that is ripe for a reboot, but I am curious as to how fans of the original feel. It should be comforting that the creator of the original is involved though, so at least he approves of it – and Whitta – regardless of what the outcome is.

How do you feel about a reboot/legacy-quel of The Last Starfighter?

Previous post RUMOR: THE ETERNALS To Be Part Of MCU ‘Phase 4’