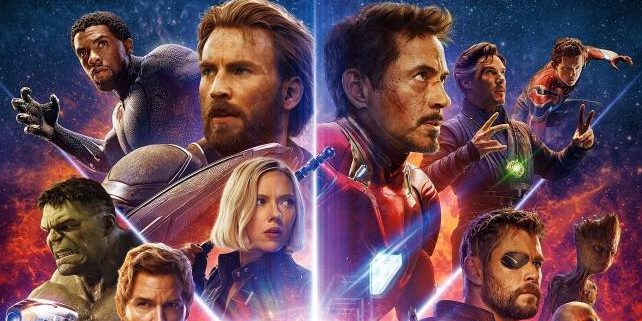 As we enter the home stretch of Avengers: Infinity War’s marketing push, we have an early idea of how the film’s opening weekend will pan out.

According to Deadline, the third Avengers flick is currently on track to earn over $200 million on its opening weekend. The current number would put it near The Avengers’ opening weekend ($207 million) and slightly ahead of its sequel, Avengers: Age of Ultron ($197 million).

Along with the early box office tracking, early reactions to Infinity War footage have started to pop up online. Disney and Marvel have been showing 30 minutes of the film for fans and press across the world and it seems like it has been worth the wait.

We’ve just seen 30 mins of #AvengersInfinityWar. Can’t say too much but it’s way ambitious, it’ll switch tones between different groups (the Guardians sequence had a very different, look, feel and soundtrack to the New York scenes) and it’s going to be funny. Still no Hawkeye! pic.twitter.com/FehX5anmB9

From the outset, we knew that the film was going to have a more serious tone, but the idea of varying tones between the different groups of heroes is an interesting development. The addition of the Guardians seems to be injecting a bit more of a lighter tone to the film, while the Earth-based stuff involving Iron Man, Captain America and the rest of the group will be a bit more “serious” in tone.

With the early reactions and box office tracking looking really solid, it seems that the anticipation for the Marvel team-up is going to be something special.

Previous post INDIANA JONES 5 Will Be Harrison Ford’s Last, Franchise May Be Rebooted With Female Lead

Next post RUMOR: JUSTICE LEAGUE DARK to Feature an Appearance from the Shadowpact?