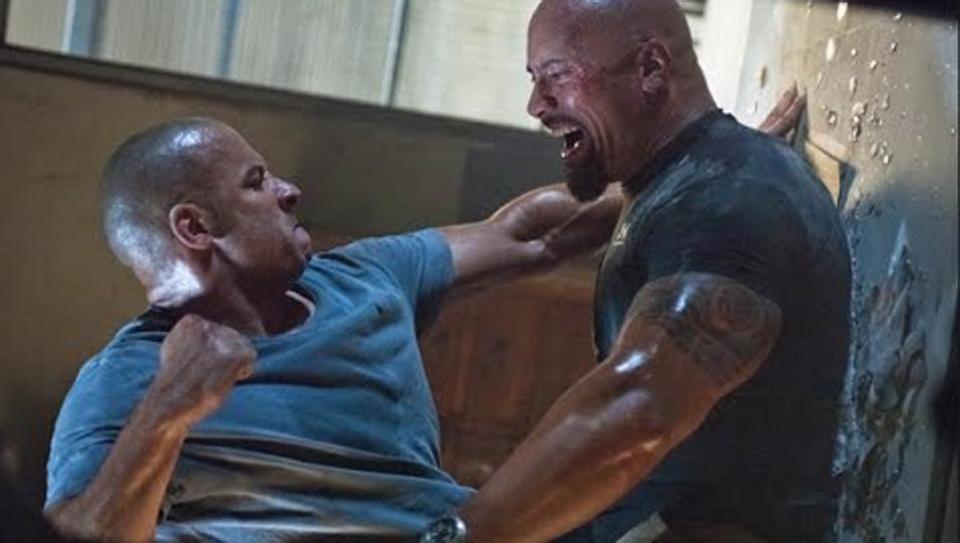 There are times when members of a family have problems with one another.

That seems to be the case with Fast & Furious franchise stars Vin Diesel and Dwayne Johnson. In 2016, while shooting The Fate of the Furious, issues between Diesel and Johnson started to surface. Johnson took to Instagram to call out a male co-star for being an “unprofessional candy-ass”. That co-star was revealed to be Diesel, whom Johnson had issues with because of his work ethic.

The issues between the macho stars have not seemed to have gone away, In an interview with Rolling Stone, Johnson discussed his feud with Diesel and the impact that feud may have on future Fast & Furious films – including Fast & Furious 9.

Vin and I had a few discussions, including an important face-to-face in my trailer. And what I came to realize is that we have a fundamental difference in philosophies on how we approach moviemaking and collaborating. It took me some time, but I’m grateful for that clarity. Whether we work together again or not.

Meanwhile, Diesel has also given his two cents on his issues with Johnson and it doesn’t seem like things are any better on his end.

I harbor no ill will there, just because of the clarity we have. Actually, you can erase that last part about ‘no ill will.’ We’ll just keep it with the clarity.

Johnson is currently slated to star in a spin-off of the franchise centering around his character – Luke Hobbs – and Jason Statham’s Deckard Shaw. It’s currently unknown if Diesel, who has been a producer on five of the F&F films, will have anything to do with this film.

With Johnson currently unsure about if he’ll return for Fast & Furious 9, it’d be a shame if this feud were to cause Hobbs to be taken out of the franchise. Hobbs’ introduction in Fast Five injected some fun into the franchise and his interactions with the rest of the cast have been highlights. We’ll see if the family can get its act together before Fast & Furious 9 starts production.

Previous post DCEU V. DCAU: WHY THE DC ANIMATED UNIVERSE SHOULD BE THE BLUEPRINT- PART 3 SUPERMAN