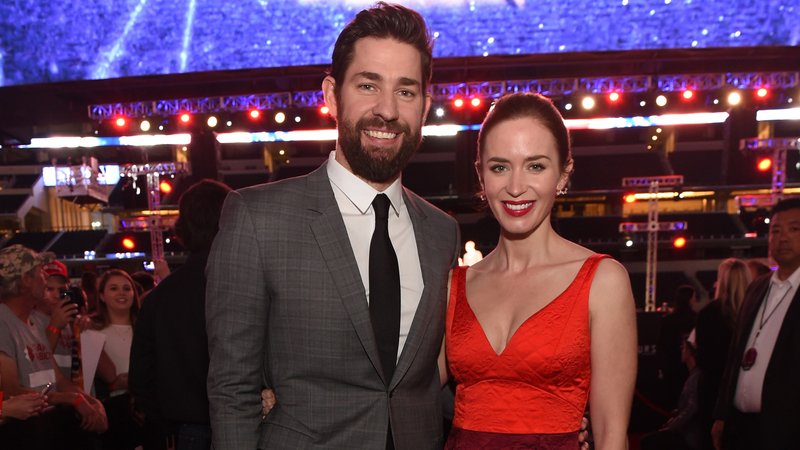 There is only one perfect Fantastic Four movie. It is called The Incredibles. Pixar released it in 2004. The other attempts were….not good. Especially the last one, from Josh Trank. Yikes. But if Hollywood taught us anything it is that they will keep trying until they get it right. So a new Fantastic Four movie is not out of the realm of possibility. Hopefully next time they attempt it, it is in the Marvel Cinematic Universe, but that is neither here nor there.

When it does happen, they might not have to look hard for their two leads. ScreenRant asked John Krasinski about that while promoting his new film A Quiet Place. More specifically, Krasinski was asked if he would be up for costarring in it with his wife, Emily Blunt. Here is what Krasinski had to say:

“Oh yeah, the Fantastic Four. I would love that! I mean listen, I’m still getting into the whole superhero thing. I didn’t read comics as a kid, not as many, I read some but not as much, but I’m a huge superhero fan so yeah, I’d love to do something like that. If they’re are any left, a lot of these have been taken but the ones that are left, yeah, I would love to do something like that. And listen, I’d love to work with her again so any chance I got would be great.”

That is a promising answer – if you like Krasinkski that is. If this happens, I would be more excited to see Blunt as Sue Storm/Richards – she was this close to being Black Widow, and the universe has a way of making those tidbits into fun stories. So let’s see Blunt’s Invisible Woman and Scarlett Johansson’s Black Widow on screen together please. I would love to see The Fantastic Four done right, regardless of what studio did it. The characters deserve it, and if it was Krasinski and Blunt headlining the team, I’d be okay with that too.

Also: “Check Out The Final Trailer For Krasinski’s A QUIET PLACE“

What do you think of this fan casting? Who else would you cast to round out the team? Is there a better super hero for Krasinski to play in your mind?