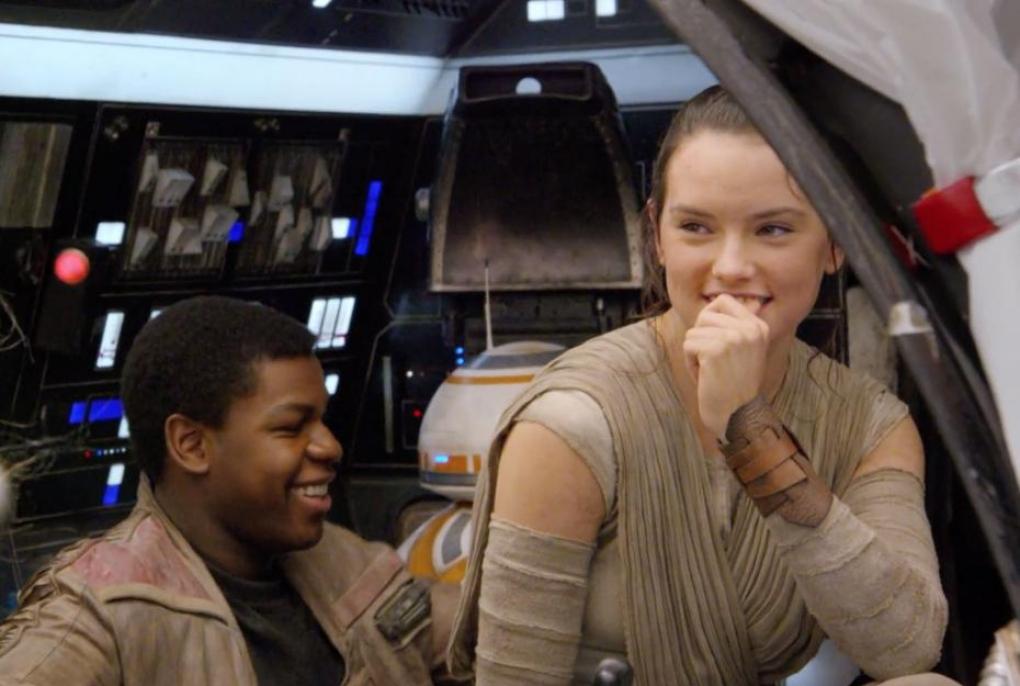 Do you remember when A New Hope brought all of our characters together only to have The Empire Strikes Back separate them, and then Return of the Jedi brought them all back together again? Well history may very well repeat itself….again.

J.J. Abrams love symmetry, which you know if you’ve watched The Force Awakens. Now it seems, that Rey and Finn will have an adventure together again when Episode IX rolls around.

John Boyega was at Awesome Con in Washington D.C. and had this to say about Finn in Episode IX:

“I haven’t read the script for Episode IX. But Daisy did shoot me a text saying, “Oh my gosh, I just heard from J.J. [Abrams], and we’re back together. That’s what I’m really excited about, is Finn and Rey back together again.”

Follow that? Daisy Ridley was told by Abrams that Finn and Rey would be back together again, then Daisy went and texted that to Boyega – who then went and told all of us at Awesome Con.

That elaborate game of “telephone” is welcome news to those who enjoyed the chemistry of Boyega and Ridley together. Finn’s entire journey in The Last Jedi was fueled by Rey, so it’ll be a great payoff to his character to be with her again. To make it even more interesting, is the inclusion of Rose Tico, who Finn shared a kiss with. It is unknown whether Abrams will play with that triangle or not, but the option is there.

Getting little tidbits like this about Episode IX are always good, but what I am most curious about is how the film will handle General Leia. After the tragic passing of Carrie Fisher, the story will have to be retooled in some ways, and that might be the most difficult task this franchise has had to handle yet.

Are you excited to see Finn and Rey back together after spending most of The Last Jedi apart?