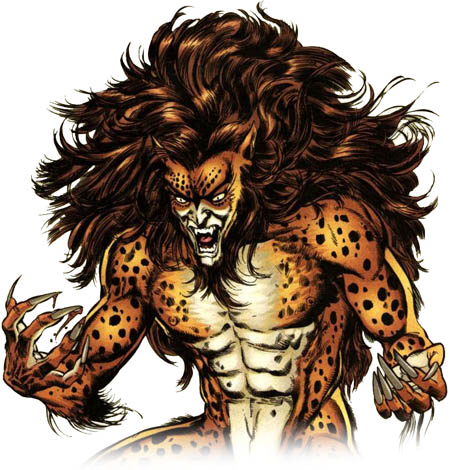 Pedro Pascal just joined Gal Gadot, Kristen Wiig, Chris Pine and others in the Wonder Woman sequel. I’ve always wondered what role he could play in the MCU or the DCU. So when I found out he was cast by Patty Jenkins my mind went bonkers. And then I immediately thought of Pedro Pascal as Sebastian Ballesteros, a.k.a. the fourth Cheetah.

Pedro Pascal rocks as an actor. His charisma is evident in everything he does, whether on the big or the small screen. The fact that he’s bilingual as well is a major plus for Hollywood. His name is hot right now and it was only a matter of time until he was snagged up as a superhero…but in this case I think he’s a supervillain.

My Guess Is Sebastian Ballesteros

Remember when I mentioned Pedro Pascal was bilingual? How convenient is it that the Wonder Woman canon happens to have an Argentinean tycoon that has ties to Barbara Minerva. Hmmm…

Pedro is Chilean-American but he can obviously play this part. It’s always cool to see characters in comic book movies be able to speak multiple languages. Wonder Woman was a great example of that when we had that fun exchange between Diana and Sameer. It’s nice to have an actor in hand that can pull off not only the language, but also the charm and intensity needed to play Sebastian Ballesteros.

As per Comic Vine:

“Born to a poor worker’s family in Buenos Aires, his brother was slain by the military during the Cordoba Coup. During the cleansing of Argentine society, Sebastian’s parents were taken during the night and disappeared. Sebastian didn’t follow in his radical parents’ footsteps. In fact, he rejected their values and politics because he hated the lower class and wanted out of it himself. He was good with business and forged an alliance with the dictator who had his family killed. Sebastian was soon out of the poor class and one of the rich.

But he realized that he lacked real power. He learned that a woman secured the power of a cat god, the Cheetah. Ballesteros bargained with the god and managed to persuade him to take him as Urzkartaga avatar. Urzkartaga believed that current host Barbara Minerva was too weak and that with Ballesteros he would make a strong conduit.

But Sebastian made the mistake of not making sure the last Cheetah was dead, and she came after him. Minerva had a chance to kill Ballesteros and took it. Now his blood feeds Urzkartaga.”

Why This Can All Make Sense For The Wonder Woman Sequel

We already know that the Wonder Woman franchise has no problem with mythology and crazy shit, so seeing Circe or even the plant God Urzkartaga is a major possibility. We know Kristen Wiig is playing the Cheetah in the sequel and from everything we’re hearing it’s the Barbara Ann Minerva version. So if we’re getting Barbara Ann it makes sense that we’ll see Sebastian Ballesteros pop up somehow. And with the way today’s social climate it also makes sense to see a man vs. woman power struggle that Sebastian and Barbara seem to have. Things ended badly for Sebastian in the comics…spoiler alert.

Who do you think Pedro Pascal is playing in the Wonder Woman sequel? Let us know in the comments section!

2 thoughts on “Pedro Pascal As Sebastian Ballesteros In WONDER WOMAN 2?”