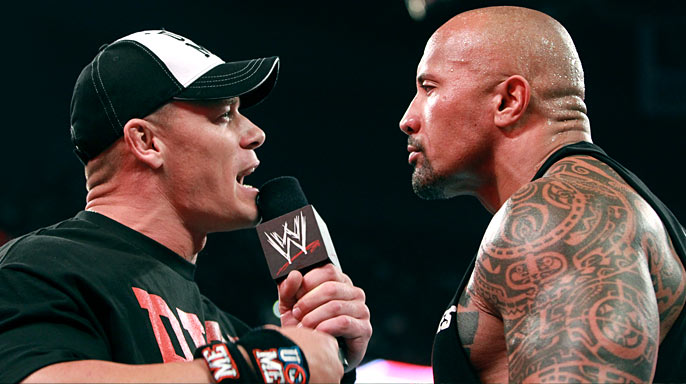 Wrestling superstar John Cena’s star has been on the rise in recent years.

After making his big screen debut in 2006’s The Marine, Cena has since settled in more supporting roles in comedies, with show-stealing roles in Trainwreck and Sisters. But now, hot on the heels of the news he’s been cast in Robert Downey Jr.’s Dr. Dolittle reboot, Cena has revealed a dream: to work with Dwayne “The Rock” Johnson in a Fast & Furious film.

Speaking with EW, he expressed his desire to work with his fellow wrestler-turned-actor in the successful action franchise.

That stuff is beyond my control, but I would absolutely love that opportunity. That, for me, would be a dream. I’m never really like, ‘Oh, I’d like to work with this person,’ but I just think between our chemistry in the live performance setting, there’s something certainly there with The Rock. So that would be my one name on the wish list.

Cena and Johnson are certainly no strangers to one another. As two of WWE’s biggest stars, Cena and Johnson headlined the wrestling company’s biggest event of the year, Wrestlemania, in 2012 and 2013. While the events in WWE are scripted, the bad feelings between the two weren’t. In the past, Cena has called out Johnson for “turning his back” on the wrestling industry and trying to make it in Hollywood. A comment Cena has since admitted was stupid.

If their interactions in the ring are any indication, he and Johnson in a Fast & Furious film would be awesome. With the over-the-top nature of the action franchise, it would make a lot of sense to see two actors, who made their names in an over-the-top environment, share the screen together.