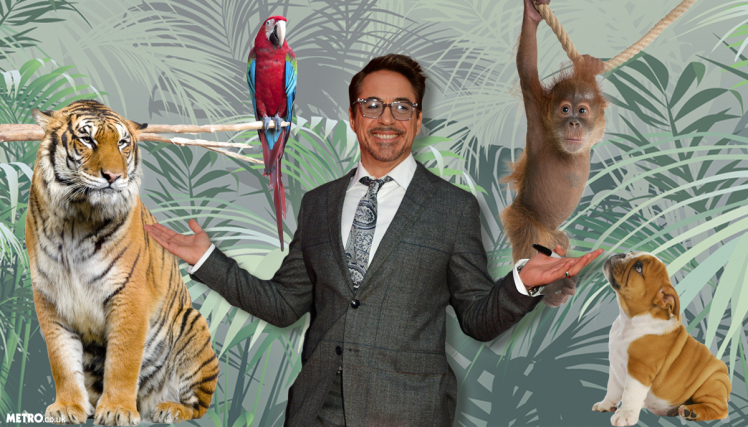 Yesterday, Robert Downey Jr. revealed on Twitter the voice cast of the upcoming film and there are many recognizable names on the list.

Joining Downey Jr. as the titular Doctor Dolittle who can talk to animals are Emma Thompson as Polynesia the parrot, Rami Malek as Chee-Chee the gorilla, Octavia Spencer as Dab-Dab the duck, Ralph Fiennes as Barry the tiger, Kumail Nanjiani as Pumpton the ostrich, Selena Gomez as Betsy the giraffe, Craig Robinson as Fleming the mouse, Carmen Ejogo as Regine the lioness, Tom Holland as JP the dog, Marion Cotillard as Tutu the fox and Francis De La Tour as Ginko-Who-Soars.

And, just-added, is none other than WWE Superstar John Cena as Yoshi the polar bear!

The previous Doolittle films with Eddie Murphy had their own all-star casts and this one is certainly no different. With a cast this stacked, it seems that Universal may have a solid hit on their hands.

The Voyage of Doctor Dolittle is currently set for an April 2019 release.

What do you guys think of the voice cast for The Voyage of Doctor Dolittle? Let me know in the comments!