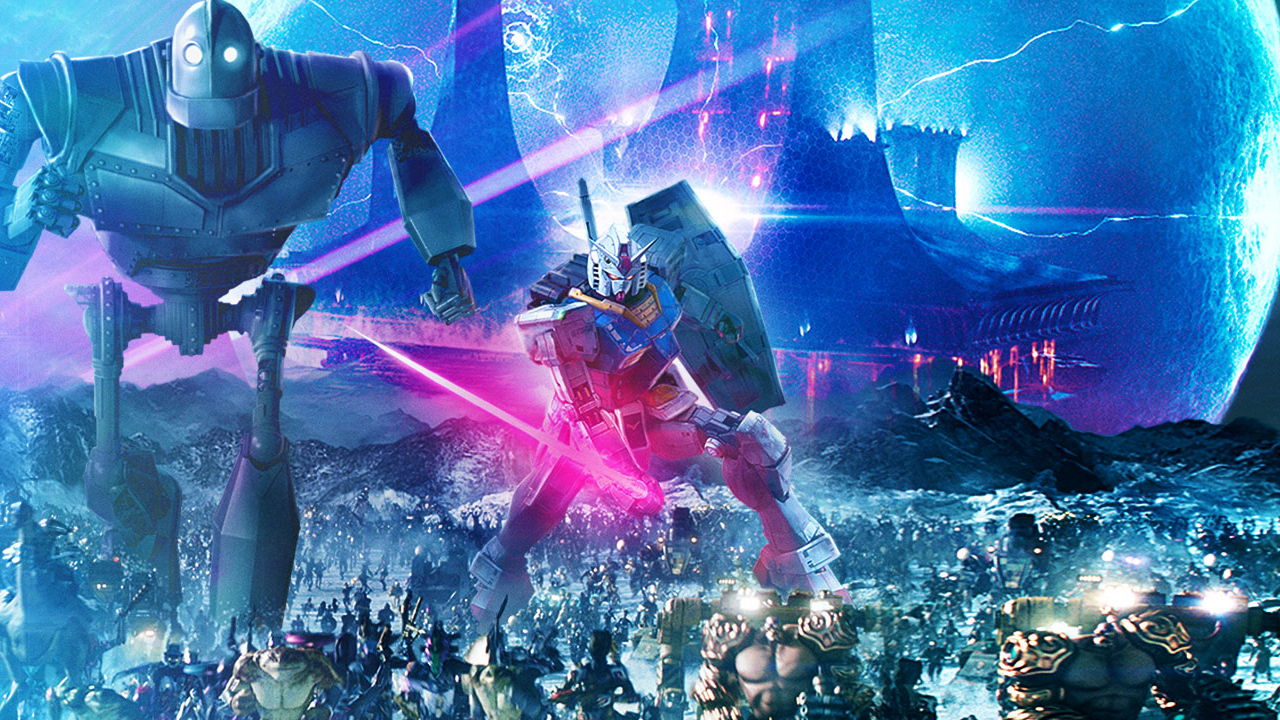 RTF Review: ‘READY PLAYER ONE Is A Gorgeous, Emotional Thrill Ride That Falls Just Short of Being An Instant Classic‘

Full disclosure, I walked into the theater already wanting to love this movie. I recently read the Ernest Cline book, fell in love with its characters and themes, and so I just came with my arms outstretched and ready to embrace this thing. When you combine my fondness for the book, and my lifelong admiration of Steven Spielberg, then throw in the fact that it’s a story that demands references to so many of the movies and games I grew up with, this film was basically an offer I couldn’t refuse.

And, right from the beginning, it delivered.

I’m kind of glad that cameras weren’t allowed during the screening, because if anyone had filmed my face for the first half hour of Ready Player One, they would’ve had a field day. I sat there with the biggest Kool-Aid smile, beaming at the screen, gripping my armrests tightly as the film delivered thrill after thrill at a break-neck pace. It was a lot to take in, and I love that Spielberg, working off of a script by Cline and Zak Penn, didn’t feel the need to bog down the narrative with clunky explanations of the story’s rather dense mythology. They found a way to set the ground rules and establish how everything works while propelling the story forward.

For those unfamiliar with Ready Player One‘s premise, here’s my own quick stab at describing it:

In the near future, most of the world has been reduced to squalor and desperation, so most of the population fills its days by escaping into a virtual fantasy world known as The Oasis. The Oasis was designed as a massive, multiplayer online game, but quickly evolved into a way of life as people sought to leave their desolate earthly trappings. The game’s designer James Halliday, who grew up in the 80s, littered the game with references and motifs that called to mind his favorite escapes as a child: Video games and movies. When he dies, he leaves behind a Willy Wonka-style challenge, wherein one lucky winner can take control of his fortune and- most importantly- The Oasis, provided they can find the Easter Egg he hid somewhere in the game.

In order to make a story like this click, you need to establish lots of things- and you need to do it quickly. You need to give the audience a sense for what the world that our lead character Wade (Tye Sheridan) inhabits is like; You have to sell the engrossing appeal of disappearing into The Oasis; The rules, limits, and freedoms of The Oasis have to be understood; And you must establish Wade, his supporting casts of characters, and the film’s central villains: Nolan Sorrento and the fiendish IOI corporation. And you’ve got to do all of this while also mesmerizing the audience with gorgeously rendered recreations of classic movie and video game scenarios.

Thankfully, Spielberg pulled all of that off.

There’s a magical sense of wonder to this movie, and it kept me engaged, jumping, cheering, squirming, and laughing through practically all of its 139 minute running time. The whole thing brims with energy, heart, and childlike mischief.

That’s not to say the film’s perfect, because it’s not. I’d categorize Ready Player One as Very Good, but not quite Great. So now let’s get to why that is.

Without getting into spoilers, one area where the film falls short of greatness is when it comes to stakes. While some effort is put into establishing that IOI is willing to actually kill innocent people in their quest for control of The Oasis in the early portions of the movie, as it wears on you start to worry less and less about the lead characters. Do the real life characters face some challenges while their avatars try to save the (online) world? Sure. But the threats all seem rather toothless after a while and you get the sense that Spielberg and co. are pulling their punches a bit so that things can seem more “feel-good.”

And that’s a shame, because there are great opportunities to explore the emotional depths of this story that would be heightened if we actually feared for the lives of our heroes. Instead, the movie just hopes that you care enough about the fates of their digital counterparts to worry about whether or not those survive. I’d much rather invest in the flesh-and-blood characters, since they can’t simply respawn.

And while we’re talking about characters, there are a few that are vastly under-utilized in the film. One, in particular, is simply there to make the same joke twice without really contributing much else. So that’s unfortunate.

Another area where the film falls short is when it comes to the score. While it’s got a killer soundtrack of 80s tunes (which are used to great effect), the score itself is underwhelming- and that’s a huge disappointment for a film that’s essentially a love letter to an era with some of the most iconic film scores of all time. What makes it downright shocking is that the man behind the score, Alan Silvestri, is the same person responsible for composing Back To The Future. Silvestri knows a thing or two about creating grand, sweeping scores, yet his work in Ready Player One is pretty generic.

I almost would’ve preferred for the entire thing to be comprised of one long medley of classic movie scores. Instead it feels like a ton of placeholder music with the rare- extremely rare– nod to a classic motif. Either go boldly original with melodies that will become part of Hollywood’s symphonic legacy, or fully embrace the nostalgia. Silvestri did neither, and the results are decidedly vanilla.

Beyond that, the only other knock I have for the film is the occasional lazy coincidence in the script. But, thankfully, the overall ride was so enjoyable that I was able to overlook the couple of times where things just happened to work out way too seamlessly, and Ready Player One is far from the first sci-fi adventure to rely on scenarios where the stars align a little too perfectly.

It’s funny to critique that last element when you consider that the book it’s based on is littered with stuff like that. I love the novel, but Cline definitely makes matters way too easy for Wade. Everything works out very easily for him in the book, with the base explanation for why tending to be “He’s just that smart and savvy and prepared.”

And that’s something that movie actually improves on, I’m happy to report. Penn and Cline’s script, combined with Sheridan’s very naturalistic performance, makes Wade a much more believable, less over-powered protagonist. In the movie, he doesn’t have a quick fix for everything, and he actually really needs the help of his allies. The script makes the adventure more of a team effort, and that helps make Wade and Olivia Cooke’s Art3mis much more compelling.

While we’re speaking about Cooke, it has to be said that she’s wonderful in this. She imbues her performance with enough sincerity, fire, and unpredictability to make you understand why she’s so special to Wade, and to the rebellion that’s rising up against IOI. It also helps that the script gives her a very relatable reason for being the way she is, by filling in some more of her backstory.

Ready Player One also hits on the more thoughtful notes I’d hoped it would, tackling- not in a preachy way- the importance of disconnecting from all of our online “alternate realities” to embrace the actual real world around us. In an age where everyone seems all too happy living with their noses buried in their smartphones, or plopped down in front of screens big and small, or walking around with headphones on to drown out the negative/lonely voices in our heads (and in our hearts), a movie with this message is very important.

Those themes, and the way they’re handled in both the book and the movie, are very important to me.

I had a wonderful time watching Ready Player One. It has everything I look for from a movie like this, delivering exhilarating thrills and giving me lots to of reasons to cheer (and the occasional lump in my throat). As a movie and video game junkie, it hits all the right notes. So even if it has a couple of nagging issues that prevent it from being truly Great, I’d still strongly recommend this to anyone who’s looking for an awesomely thoughtful and creative escape.

PS. T.J. Miller’s I-R0k is an absolute scene-stealer. I could watch a spin-off about just him. A huge upgrade from his literary counterpart, who was little more than an annoying bit player.

2 thoughts on “RTF Review: ‘MFR Says READY PLAYER ONE Is A Gorgeous, Emotional Thrill Ride That Falls Just Short of Being An Instant Classic’”