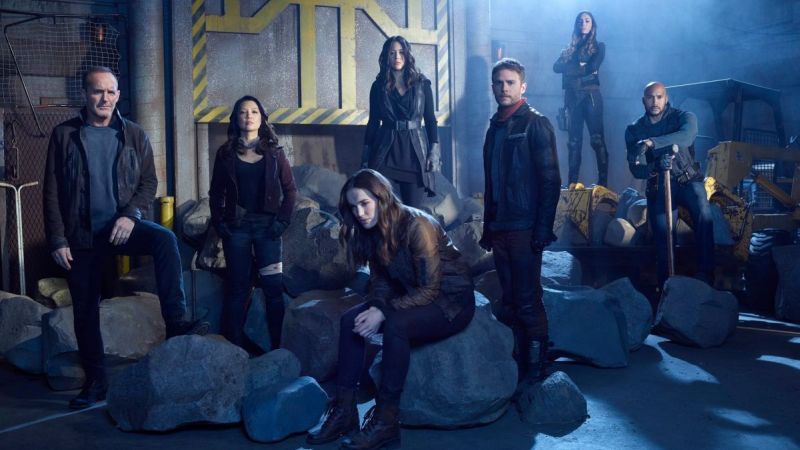 Agents of SHIELD is nearing the end of its 5th season, which happens to be one if its best ever. Usually renewals come in time to write the finale, so the powers that be can plan the arc of the next season.

But this time, it isn’t like that. ABC has not renewed their only Marvel property left yet. ABC used to be the only spot for Marvel shows, as both companies are owned by Disney. But Inhumans didn’t work, and Agent Carter was tragically cut short (I’m still bitter).  So Agents of SHIELD, which has a passionate following, is all that is left.

Deadline gauges the network renewals every year, and they have classified Agents of SHIELD as “on the bubble.” They could be playing it safe, as that means they are right either way, but I think this is the final season of Agents of SHIELD, and I’ll tell you why.

First, the writers are writing the finale as the series finale, just in case. Jeffrey Bell, Executive Producer of the show tells Entertainment Weekly as much:

“Right now, we’re writing a series end, because as far as we know, this could be it.”

“You always want to leave the idea that there’s more stories, it’s a question of whether or not we will tell them. We have our end, and we’ll stick to it regardless, and we think it’ll work either way.”

The biggest piece of evidence that the show could be coming to an end though, is an announcement from Marvel regarding their newest film Captain Marvel. They dropped a press release announcing the start of filming the Brie Larson led movie that takes place in the 1990s. The interesting part is the casting list:

Yep, Clark Gregg, who plays Agent Coulson is going to be in the movie. While the character “died” in The Avengers only to be resurrected in Agents of SHIELD, Captain Marvel is a prequel. That means a younger Coulson will be alive and well and back on the big screen in the MCU for the first time since the show started.

Movie and television schedules are hard to coordinate, it is the biggest reason that the Marvel Netflix heroes don’t show up in the movies. If Gregg is going to film a movie as the same character, maybe its because he no longer has to play him in the TV show.

It doesn’t mean cancellation for sure though, they could make the schedules work, or maybe he sits out from the show, but as the anchor, I can’t see him being written out for an entire season to film a small role in a prequel.

I’ve watched the show since the beginning. This whole season has had a finality to it. The team is streamlined, and story arcs seem to be coming to their natural end. Everything is culminating nicely. If it stays the course, and it is truly the last season, it will be a satisfying end to what started as a very unstable show.

Do you want to see Agents of SHIELD continue? Or do you think five seasons is plenty?