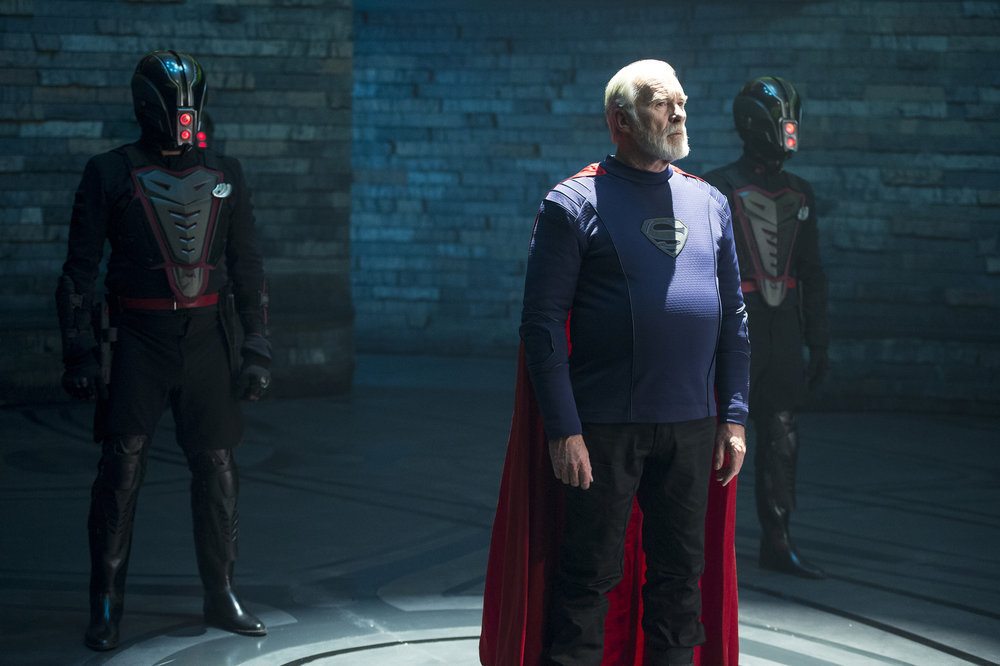 While it’s been well-established that DC Entertainment likes to keep its TV properties separate from its films and from one another, with shows like Gotham and- depending on who you ask– Black Lightning not being connected to Arrow, The Flash, Legends of Tomorrow, and Supergirl, aka The Arrowerse, whenever a new DC show premieres the question inevitably gets asked:

“Does this share the same universe as any of the other shows?”

Such is the case with SyFy’s Krypton. The show premiered last week and, while it should be pretty clear that they’ve set this series in a world very different from the one shown on Arrow, some fans have wondered if there could eventually be a crossover. After all, with Supergirl existing in the Arrowverse, and her mythos being steeped with Kryptonian DNA, maybe we’ll eventually find that the Superman eluded to in Krypton is the very same Kal-El played by Tyler Hoechlin on that show?

Remember, NBC’s now-cancelled Constantine series was once “its own thing,” and yet now that version of the titular character (played by Matt Ryan) is now set to be a recurring presence on Legends of Tomorrow. So these things can be somewhat fluid.

That won’t be the case with Krypton, though, according to showrunner Adam Welsh.

At WonderCon this past weekend, Welsh said there are currently no plans to cross the two shows over. Welsh said that the closest we’d come to the two series sharing a setting is when Krypton comes to earth for a bit to flesh out the backstory for one of its mysterious characters. “We will go to present-day Earth in this season, and see where Adam [Strange] came from – from Detroit,” he said.

Hardcore Superman fans have also probably noticed that the cape used in Krypton bares little resemblance to the one worn by Hoechlin on Supergirl. The boldest difference? Hoechlin’s lacks the yellow “S” on the back.

But while that may disappoint some, Welsh did say there were some other exciting possibilities for expanding Krypton‘s universe.

When asked if we might see the Green Lantern Corps pop up eventually, Welsh said “that’s something that would be a natural fit for us.” Adding to the intrigue around that idea is that DC Entertainment’s VP of creative affairs Dan Evans teased that we might see the Omega Men appear on the show- a group which counts Lantern Kyle Rayner amongst its ranks.

“DC isn’t just Earth, it isn’t just Metropolis or Gotham… the DC universe is huge, it’s multiple universes,” Evans added, teasing how the series hopes to “open the door” to “characters that you may not see in other shows that will fit comfortably here… And maybe some different versions of characters you’re used to.”

So while you can pretty much rule out an Arrowverse connection, it sounds like the folks behind Krypton are intent on exploring some fresh, exciting new storytelling avenues- ones we’ve never really seen covered on DC TV at all.

I don’t know about you, but that’s got my curiosity piqued. What do you think?

One thought on “KRYPTON Showrunner Confirms That The Show Is Not Part of The Arrowverse, But DC Teases Other Heroes”

Next post PACIFIC RIM: UPRISING Dethrones BLACK PANTHER, But Will Rely On Overseas Figures To Turn A Profit