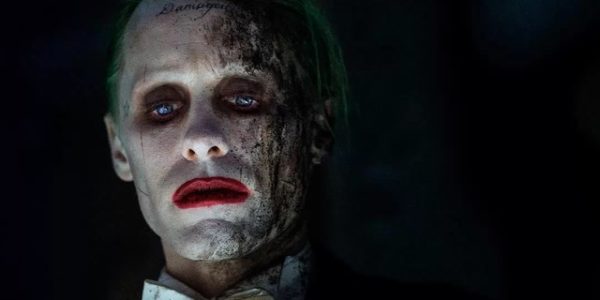 The DC villain ensemble was one of the most-anticipated films of 2016, thanks to its amazing marketing campaign. When the film released, it was a critical dud, but made bank at the box office, earning $746 million worldwide.

One of Suicide Squad‘s biggest blunders involved scenes shown during its marketing and not making the final product, particularly scenes involving Jared Leto’s Joker. During the marketing campaign, images of a bruised and beat-up Joker were seen in trailers, but the scene in question was never in the final cut.

Director David Ayer took to Twitter over the weekend to discuss that scene and what it meant for the Joker and for Margot Robbie’s Harley Quinn.

After Joker dropped HQ from the help and crashed, Enchantress made a deal with him. He was going to take Harley home and be “King of Gotham” Harley stood up to him and refused to betray her new friends. The Squad turned on him and he escaped. https://t.co/unnOewEYBQ

Ayer went on to explain the point of the scene was Harley finally standing up to the Joker.

That was her arc. Growth and empowerment. https://t.co/4EancRBaHl

Longtime fans are very aware of Joker and Harley’s abusive relationship  and to see Harley finally telling the Joker to step off would’ve been a great moment for the character. On the other hand, the scene in question, in some way, may have slowed down the pace of the third act or somehow undercut the ending in which Joker busts Harley out of Belle Reve and Harley being happy to see him.

It seems like another case of “what might’ve been”, which is pretty much the story of the first phase of the DC film universe.