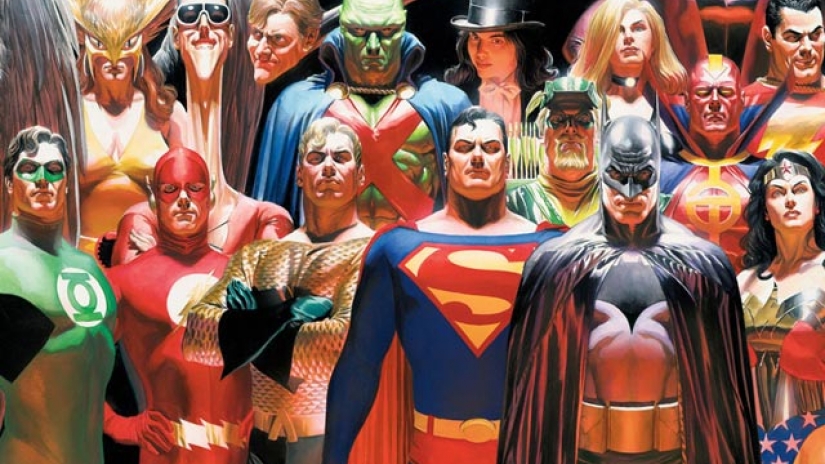 Before they were adapted in the DC film universe in 2017, Warner Bros. once attempted to bring the Justice League to the bring screen.

The studio was set to bring the DC superhero team to the big screen with Justice League: Mortal with Mad Max: Fury Road director George Miller at the helm. The film was set to introduce the core members of the League and they were set to face off against Maxwell Lord and Talia al Ghul. However, the production was shut down in 2008 before filming began due to that year’s writer’s strike.

Now, we finally get to see what that version of the League would’ve looked like, courtesy of Collider.

The photo above is a test photo, but it gives us a pretty good look at how the heroes of Justice League: Mortal would’ve looked. The original cast was to include Armie Hammer as Batman, D.J. Cotrona as Superman, Megan Gale as Wonder Woman, Santiago Cabrera as Aquaman, Common as the John Stewart version of Green Lantern, Hugh Keays-Byrne as Martian Manhunter,  Adam Brody as the Barry Allan version of the Flash. Common and Cabrera have stand-ins in this picture.

On top of that, DC Films Hub got their hands on more photos of the Batman and Superman costumes.

The costumes are a mixed bag. The Justice League: Mortal versions of the Flash and Wonder Woman costumes look really good, while the Aquaman and Green Lantern costumes – which might have looked better if we saw the respective actors in costume – aren’t great. Superman’s costume looks more traditional with the cape connected to the “S” insignia, while Batman’s costume was said to be more of an “exoskeleton” and have long ears.

It’s truly hard to tell how the costumes would’ve come off on film and how different they would’ve looked after some post-production work. For now, fans can only speculate and think of what might’ve been if WB went forward with this project.