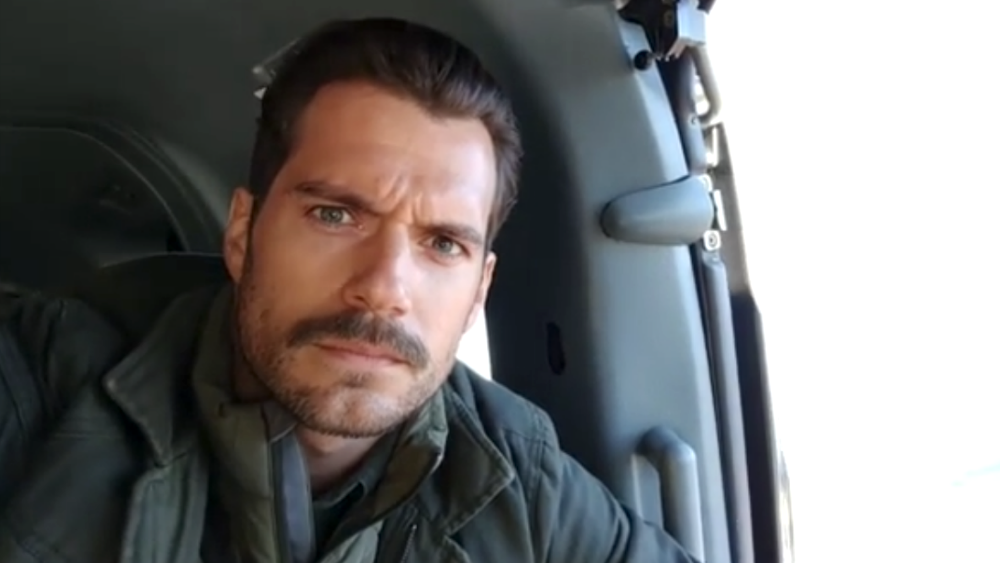 Never has a bit of facial hair had such an impact on pop culture, but such is the case for the mustache Henry Cavill had to grow for Mission: Impossible- Fallout. What made it notable was not merely its manly perfection. No no no. It gained notoriety- and infamy!!– when Paramount Pictures refused to let the actor shave it when he had to do some extensive reshoots for Justice League last year. This, despite Warner Bros. offering to foot the bill to CG the ‘stache back onto his face for the remainder of the Fallout shoot when he returned.

But, alas, the mustache’s reign of terror has come to an end.

Signaling that Mission: Impossible- Fallout has now completed every phase of photography- including any additional photography or reshoots it would need- Cavill got the go-ahead to shave it off. And he didn’t merely shave it off. He created a tribute video for it, which he posted to his Facebook profile.

You can check out Cavill’s “Farewell To King Stache” video right here:

The fact that he’s been fully wrapped on M:I- Fallout, coupled with the fact that his face is now as fresh and as smooth as a baby’s bottom means he can now go do some other rather pressing things with that chiseled face of his. Namely, he can transport it over to Toronto where a certain DCU production is currently in principal photography.

ALSO READ: “RTF EXCLUSIVE: Here’s The Next Time You’ll Get To See Cavill’s SUPERMAN At The Movies!

It’s funny how a mustache could become the bane of one’s existence, but that’s what it was for many DC fans. The unfortunate situation where he was unable to shave it cast a pall over the theatrical cut of Justice League because:

I would even posit that, if not for the mustache, the film would’ve been far less divisive. The changes made by WB/DC would’ve seemed a touch more seamless, audiences wouldn’t have been jarringly “pulled out of the movie” whenever his face looked weird, and they might’ve actually appreciated the work that went into overhauling the film.

It sounds like a bit of an overstatement, but I think that mustache was Justice League‘s biggest villain.

3 thoughts on “Cavill Ditches The Mustache With An Epic Video, Just In Time To Reprise Superman!”

Previous post Clear Your Schedules! Marvel Is Set To Invade Disney Parks In A Big Way

Next post BLACK LIGHTNING Reveals Itself To Be Set In The ARROW-Verse?