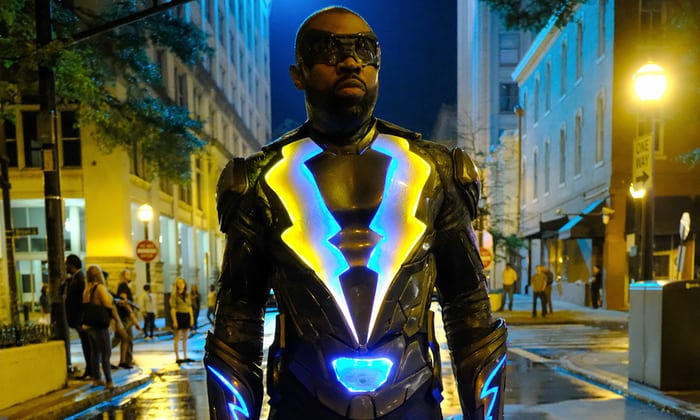 This article contains spoilers for various Arrow-verse tv shows. You have been warned.

Since its inception, fans having been wondering whether or not the CW’s Black Lightning was connected to the rest of the Arrow-verse and last night’s episode may continue to fuel that speculation.

In last night’s episode – The Book of Little Black Lies – the show referenced another DC character that has already made an appearance in Legends of Tomorrow – Vixen.

The episode dealt with the possibility of having Jennifer join her father, Jefferson, and sister,  Anissa, in their crime-fighting endeavors. Jennifer showed no interest in joining the group. While Jennifer is being comforted by her mother, Lynn, Vixen is name-dropped, which led fans to think that possibly Black Lightning is indeed part of the Arrow-verse.

Jennifer and Lynn could be talking about Amaya Jiwe’s Vixen- played by Maisie Richardson-Sellers – who first appeared in season three of Legends of Tomorrow. The titular team is currently teaming up with the 1940’s era Justice Society of America.

Another theory folks have come up with is that it could be that they are referencing Vixen as a comic book character and not as a “real person” in the show’s universe. This, of course, would sink the theory that Black Lightning is connected to the rest of its Arrow-verse siblings.

Regardless of how the reference should be perceived, it’s a nice little tip of the hat from the showrunners to mention other DC heroes, though it will likely continue to drive fan debates about the show’s place in the greater Arrow-verse.

Black Lightning airs on Tuesday nights at 9 p.m. EST on the CW.

Previous post Cavill Ditches The Mustache With An Epic Video, Just In Time To Reprise Superman!

Next post Box Office Numbers Reveal The DCU’s True Rival, And Why It’s Now Or Never